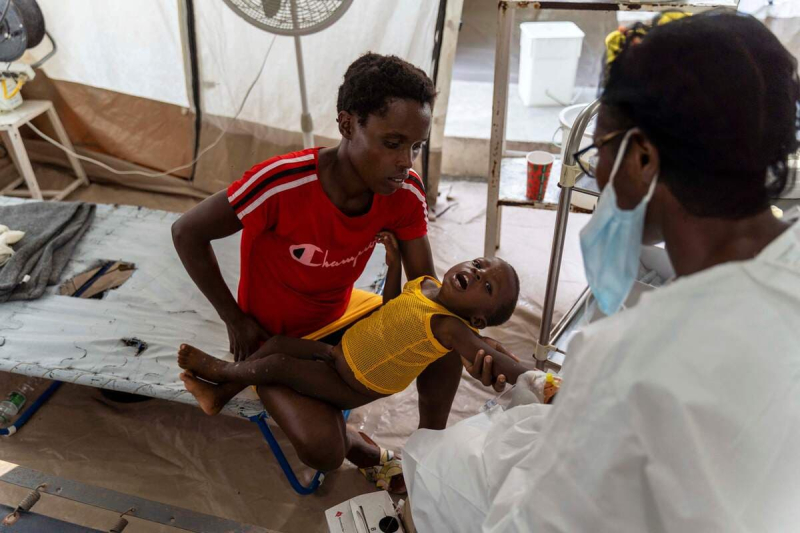 The cholera epidemic has now killed 283 people in Haiti and is spreading across the territory, the UN was alarmed on Thursday, generally highlighting the worrying scale of humanitarian needs in the poor Caribbean country. .

“The cholera epidemic continues to be a concern for the country and for us. The number of cases continues to increase, with 283 deaths and nearly 12,000 hospitalizations” since the resurgence of the disease in early October, said the UN humanitarian coordinator for Haiti Ulrika Richardson during a press conference. In mid-November, the toll was 161 dead and more than 7,500 hospitalizations.

Another “worrying trend”, “what we are seeing is not only a continuous increase in the number of cholera cases, but also a spread in the regions, with 8 out of 10 departments having confirmed cases”, she said. added.

In mid-November, the UN launched an appeal to raise $145.6 million to deal with the epidemic. To date, “only 16%,” or 23.5 million, have been pledged, noted Ulrika Richardson.

But in a country wracked by gang violence, humanitarian needs go beyond the single issue of this resurgence of cholera, which killed more than 10,000 people between 2010 and 2019.

Thus, while one in two Haitians does not have enough to eat, the UN is preparing a plan for 2023 humanitarian aid valued at 719 million dollars, almost twice as much as for 2022. “It is a worrying situation”, she noted, also denouncing “galloping insecurity”.

The gangs that dominate “nearly 60% of the capital” use, “with terrifying intensity, sexual violence as a weapon to keep the population under their control,” she said.