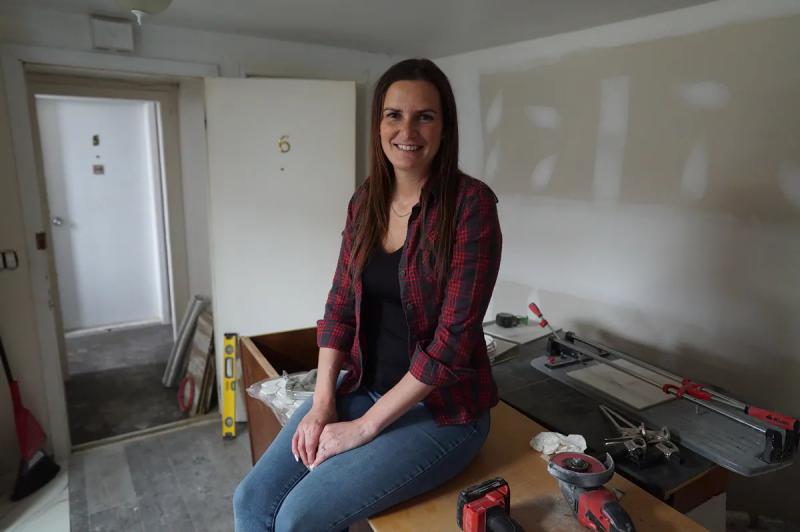 More and more real estate investors are scrambling to find buildings that will bring them big profits, especially with the current overheating and greed that threatens the market. < /p>

In its new documentary series — very interesting — CASA presents “The Kings of the Block”, these owners of buildings with between 10 and 2500 doors, and who at first glance seem to have the windfall, but whose everyday is not always rosy.

Through its various protagonists, the series provides insight into their toil; from buying to fitting out to renting their apartments.

“Right now, for people who are already owners; the market is amazing. It has risen so much, because there is a lack of rent”, first confirmed the real estate investor Audrey Girouard who takes part in this new show.

“But for those who are starting out and want to invest in real estate; the buildings are more and more expensive, it takes more and more down payment, so it is more and more difficult in the end to break into this market, ”she then added.

A chartered professional accountant by training, Audrey was a financial planner for a bank when she started making her first investments. It started with a duplex, bought at the age of 27, and today has 88 doors. His goal: to have 150.

“We said to ourselves that at 150 doors it would be good, but it is because the challenge is on board all the time and we always want to buy more and buy more. I don't know if I'm really going to be able to stop,” she admitted to QMI Agency, laughing.

With her construction cards in hand, the owner takes care of the finishing work herself as well as some maintenance work in her buildings.

Being a woman in construction, it is not uncommon for the owner, who we saw on the program “Tous pour un chalet” last fall on the airwaves of Noovo, to suffer derogatory, even misogynistic remarks, at the hardware store or even some of its tenants where it has to carry out work.

“Being a woman in construction, you don't always get taken seriously. We are told “it will not be you who are going to come and do this here”, or “I will show you how to do it”. I even had the tools removed from my hands…”, said the investor with aberration. He has already had to call on his spouse to convince his tenant that his approach corresponded to the right procedure to follow during maintenance work.

The owner, who wishes to acquire new doors soon, is counting on her appearance on the program “Les rois du bloc” to turn the tide and show the world that women also have their place in the world of real estate investment and that 'they can be feminine while knowing how to handle tools.

“Women, we are also capable of building and forging ahead. We just have to trust each other!”

Produced by Attractions Images, in collaboration with Quebecor Content, “Les rois du bloc” begins this Tuesday at 8 p.m. on CASA.

For its next television season, CASA will present many new features from here and elsewhere. Here is an overview.

With designer Émilie Cerretti and her partner Stéphane Larente, this docu -reality is interested in the daily life of the couple. Through the busy management of their business, their personal renovations and the life of their blended family.

Émilie contributes to the magazine “Les idées de ma maison”, as well as to “Salut Bonjour” and “Salut Bonjour week-end”. In addition, lovers and partners will analyze the interior decoration of an artist each month in the pages of “7 Jours” from September 8.

The show will be broadcast in the spring of 2023.

Hosted by Sarah-Jeanne Labrosse, this series, first presented on Vrai, focuses on residential architecture and the houses that s integrate perfectly into the Quebec territory. The actress and host makes human encounters there that are just as grandiose as the spaces she visits.

“Spaces” will be presented this fall.

Host by Mélanie Bergeron and Yanic Parent, “Résidences maudites” is back for a second season, while “Les rénos d'Hugo” will begin its seventh season this fall on CASA.

As for international broadcasts, the new season of the “New Zealand block” and “Masterchef”, which is in its twelfth season, will also return to the CASA schedule, starting in the fall.