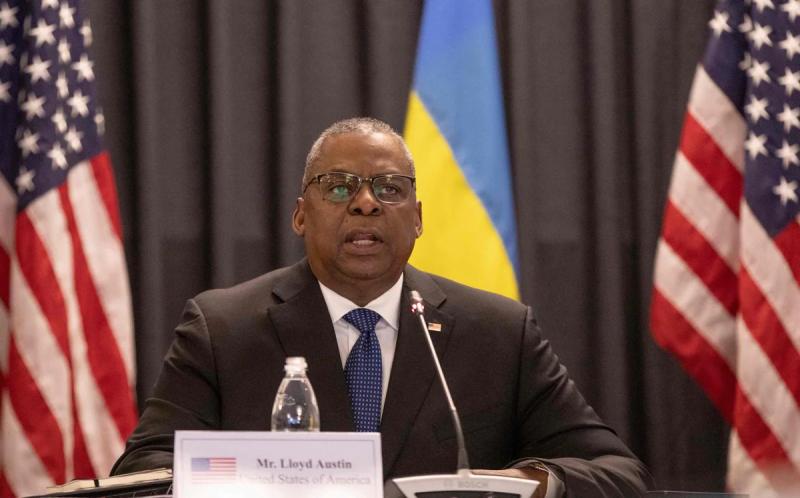 The United States will deliver $675 million in new military aid to Ukraine, the Secretary of Defense announced Thursday, touting Allied “successes” on the battlefield

The announcement was made Thursday morning by US Minister Lloyd Austin at the US Ramstein base in Germany, where Kyiv's allies are meeting to coordinate their support.

Other countries, including Germany, should also announce new aid during the day.

These shipments are bearing fruit on the ground, assured Mr. Austin. “Today we see the clear success of our joint efforts on the battlefield,” he said.

“Every day we see the determination of allies and partners around the world who are helping Ukraine resist Russia's illegal, imperial and indefensible war of conquest,” Austin said.

This fifth meeting of the Ukrainian Defense Contact Group, at the invitation of the American minister, is intended to show the “unity and solidarity” of Ukraine's allies, according to the head of state- American Major General Mark Milley.

Representatives of more than 40 countries and international organizations meet there to discuss in particular the challenges that the conflict poses in terms of armament production.

“The consumption of ammunition is very important in this war in Ukraine,” General Milley explained to the journalists accompanying him.

The objective is “to try to determine the needs, the demands and then to compare this with the supply, whether it is the stocks of the countries or what can be produced by the defense industry”, he said. he added in the plane that brought it from Washington.

Artillery is decisive in the conflict. Particularly hungry for projectiles of all kinds, the Ukrainian and Russian armies are engaged in a war of ammunition attrition, the stocks of which are crucial.

Ukraine has been waging a counter-offensive in the south of its territory since last week, and President Zelensky has repeatedly stated that he wants to take back “all the regions under Russian occupation”, including Crimea, annexed by Russia in 2014 .

He reported on Thursday evening “good news from the Kharkiv region”, referring to “localities where the Ukrainian flag has returned”.

Ukraine has exhausted everything its Russian-made weaponry and its defense is now completely dependent on Western military aid.

For its part, Russia has turned to North Korea to buy large quantities of rockets and weapons. artillery shells, according to Washington.

The United States, the first supplier of military aid to Ukraine, promised in August to provide 13.5 billion dollars worth of various armaments, in particular Javelin anti-tank missiles, artillery pieces and shells compatible with NATO artillery systems.

Kyiv would like longer-range ATACMS-type weapons, which can strike at 300 km, but the United States refuses, fearing that these missiles will target targets in Russian territory, which could cause a widening of the conflict.

The United States alone provides three-quarters of the shells to NATO standards, underlined the spokesman for the American staff, Colonel Dave Butler.

“More than 10 countries in the contact group are contributing 155mm caliber artillery pieces, and 15 countries are donating 155mm ammunition,” he pointed out.

All Arms donations to Ukraine are calculated not to weaken the military capabilities of the donor countries, but ammunition stocks must be able to be replenished regularly, hence the need to revitalize the production of the defense industry, explained the spokesperson.

“U.S. ammunition supplies to Ukraine are not tied specifically to capabilities. annual production of a weapon given by the American defense industry, but this production capacity is one of the factors considered”, he concluded.