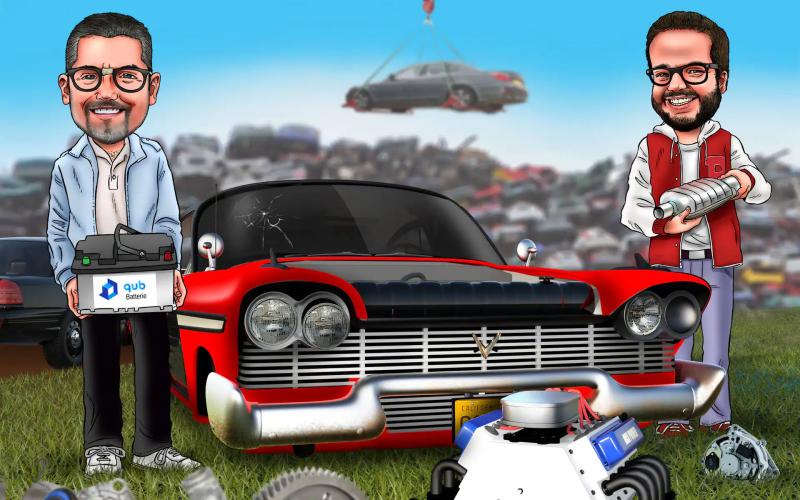 Following an accident or a breakage with a sound vehicle, we start looking for a part to replace it. You have the possibility of obtaining the coveted part via the manufacturer, opting for a replacement part or even choosing a used part.

To elaborate on this third part, Antoine Joubert and Germain Goyer received Simon Matte, President and CEO of ARPAC (Association of auto and truck parts recyclers), on the show Le Guide de l'auto on QUB Radio.

Founded in 1971, ARPAC is not known to the general public. And yet, we would benefit from being interested in it. “ARPAC is a group of 72 auto and truck parts recycling companies located throughout Quebec. In total, they employ around 1,500 people. Of the 400,000 vehicles that are withdrawn from circulation, ARPAC recycles 200,000,” explains Mr. Matte.

It is mainly vehicles that have had serious accidents or are reaching the end of their life that are recycled .

Big savings for the consumer

It goes without saying that used parts are less expensive than a new part for the consumer as well as the players in the industry.

“Annually, the sales of our members total approximately 200 million $. On all of these parts, our partners, body shops and insurance companies, in particular, save about half a billion dollars. Our parts are 50 to 75% cheaper than new parts,” says Mr. Matte.

He also made known the ecological importance of used parts. After all, the environmental impact of a used part is certainly less than that of the same part when new. “As we like to say, a used part has no polluting footprint,” notes Simon Matte.

Is it possible to obtain a recycling permit?

Obtaining an auto parts recycler license is not an easy task. In fact, it seems nearly impossible to get one. Anyone who wants to operate this type of business must often turn to the acquisition of an already existing business.

“The majority of municipalities already have a service in place and they no longer issue permits. To my knowledge, no license has been issued in the last 15 years. Take the example of LKQ, an American company, which came to buy several auto parts recycling companies to develop their business in Quebec,” notes Mr. Matte.

During this show, we also discussed the unveiling of the 2023 Honda CR-V and Toyota Crown 2023.

Antoine Joubert and Germain Goyer share their thoughts on the recently tested 2023 Honda HR-V and 2023 BMW i4.