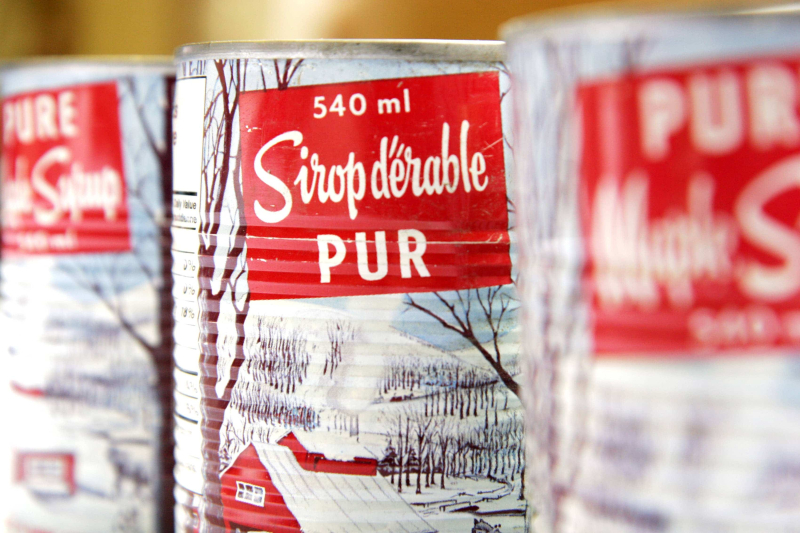 The cliche. It is sometimes reductive, sometimes simplistic and too often caricatural. When it comes to tourist or cultural identity, we hate it, because we find it devoid of charm and romanticism. However, there is little hesitation in using it to give a more precise form to the image of another country.

In the media space, it testifies at best to a misunderstanding of the one who reports it.

Let's remember the fall of 2016. The magazine Elle< /em>publishes an article on Ricardo's breakthrough in France. Ricardo was described there as a “gentleman trapper” who proceeded each year, in maple groves, to traditional sacrifices of pork to then freeze it in the open air. The article riddled with clichés raises such an intense outcry that the journalist must offer his apologies.

We could also stuff you with examples of French reports on the great North of Montreal, our sled dogs and the cold polar which make us so sympathetic.

How many times have we read a French article on Quebec with a well-felt coronation? !

Every time, we are outraged by these highly touted shortcuts.

However, let's be frank, the cliché, however hated, is a powerful promotional tool for a city or a country. Every week, we find in the international press images of the Olympic Stadium or the St. Lawrence River to illustrate Quebec. One of the most represented hotels in the world is the Château Frontenac. We have often tried to move away from these worn-out images, but there is nothing we can do about it. This is our Eiffel Tower.

The picture seems to maintain a familiar image with customers. When it is sympathetic, the cliché becomes a very powerful element of tourist and cultural promotion.

In terms of food, we are not immune to this phenomenon.

First of all a bit of context. Quebec's agri-food industry is responsible for an average of 1.8% of all articles and reports on Quebec in the world each week. Reports on Quebec food culture often enjoy coverage that goes beyond simple paragraphs or news agency articles.

When an individual eats a poutine in the world, there will most likely be a mention of Quebec not far away. The tastiest smoked meat is necessarily from Quebec. Who makes the best bagels? There is a good chance that you will be told that it is a Montrealer, if of course it is not a New York media.

If our wines and ciders have become among the most cited Quebec products, it is poutine that has experienced the most dazzling growth. For 5 years, it has seen its media weight increase by 18% in foreign media.

When we think of foreign cuisine, we easily associate the Japanese with its sushi and the Mexican with its guacamole. Did the French baguette not become a UNESCO World Heritage Site this week?

These pictures seem less heavy to carry than ours. All things considered, they are just as important. Is it possible that we are more cautious? Wouldn't it be better to look our pictures in the face?

For a coming out food

It might be time to make our coming out food and to fully assume what makes up our folklore. It is a key element in our identity. At the very least, it is a very powerful sales tool.

Let's assume our clichés. They are present there. They are loud and sometimes rude. Even if we cringe in admitting them, let's free ourselves from this discomfort! It doesn't seem to bother the other tourist capitals.

SOURCE OF INTEREST IN FOOD QUÉBEC