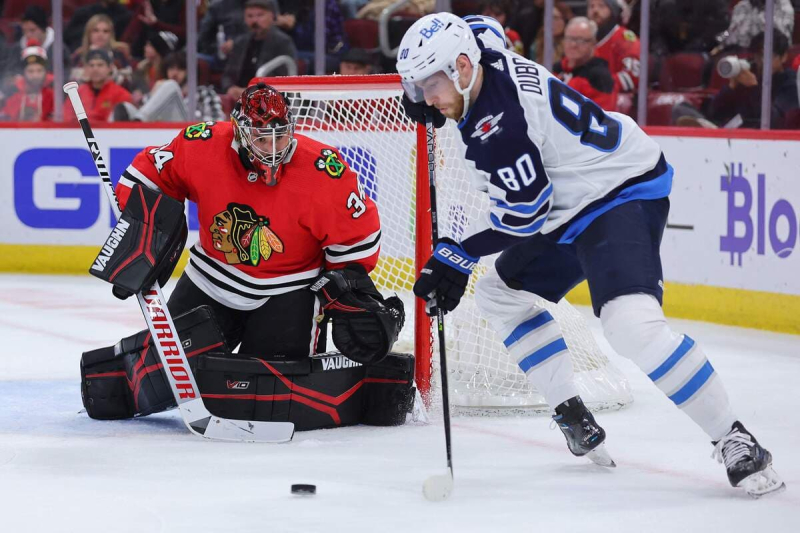 Quebecer Pierre-Luc Dubois continued his excellent work on Thursday, much to the delight of his boss behind the Winnipeg Jets bench, head coach Rick Bowness, who hopes to see him continue on this path.

The former Cape Breton Screaming Eagles and Blainville-Boisbriand Armada looks a lot like the player who impressed in the Quebec Major Junior Hockey League. In his last meeting, he tallied two goals and an assist to lead the team to a 5-2 triumph over the St. Louis Blues. At the same time, he extended his streak of games with at least one point to seven; during this one, the attacker accumulated five goals and seven assists.

Certainly, if Dubois maintains the pace, the Jets will remain in the heights of the classification, they who are at the top of the Central section with 35 points in 25 matches.

“The last few games were the best he's played,” Bowness told NHL.com after his team's win. He was really solid with the puck and effective defensively. Also, he excelled on the power play. His line [completed by Kyle Connor and Michael Eyssimont] has been great for us. So yeah, that's the best I've seen from him and we're going to keep pushing him because he can be a dominant center in this league.”

Being forward and not backward

The 24-year-old skater savors these pleasant moments, without a doubt. He considers the current season to be more rewarding than the previous one, which ended with an exclusion from the playoffs for his club.

“Last year, we were quite in catch-up mode to try to qualify. , he reminded the daily “Winnipeg Sun”. This is not a good position to occupy. Still, it's a long season and there's still a lot of hockey to play, but we have to learn to organize ourselves to be among the teams to chase.”

Dubois could extend his successful streak Friday in a date with the Chicago Blackhawks.