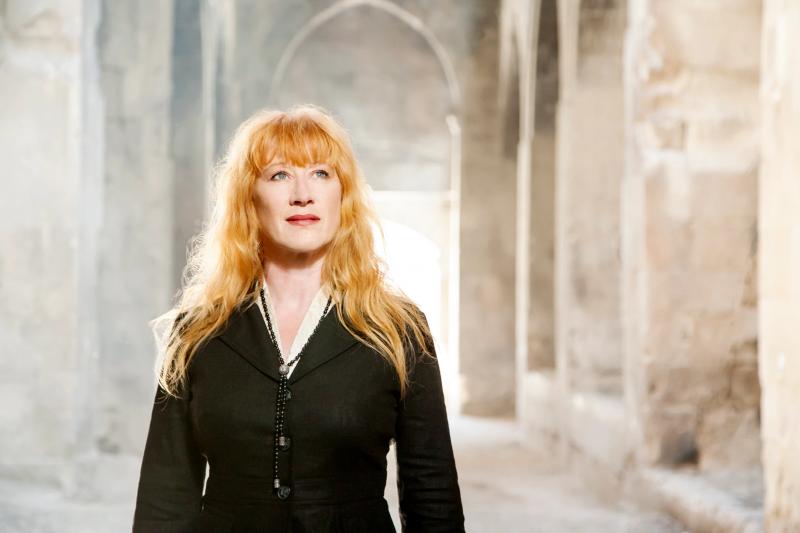 In 1991, Loreena McKennitt would see her life changed forever. Until then an independent self-distributed artist, the Manitoban signed a licensing agreement with Warner Music Canada. His album The Visit was then distributed all over the planet. Thirty years later, the Celtic musician, who has sold more than 14 million albums in her career, is going on tour again and will revisit this record that changed everything. The Diary spoke with her.

Talking on Zoom with the very friendly Loreena McKennitt is a bit like reconnecting with a distant aunt. The 65-year-old musician speaks gently and answers questions generously.

At the time of our conversation, she was in a hotel room in Toronto, she who had been invited to be part of the jury for the Glenn-Gould Prize in the company of k.d. lang and Robert Lepage. This honor is awarded every two years to a person for their contributions to music.

The new tour that Loreena McKennitt will bring to Quebec in a few days gives pride of place to her legendary album The Visit . In fact, for the first time in his career, McKennitt will perform the album in its entirety and in order. “This album certainly represents a turning point in my career,” she notes.

However, at the At the time, McKennitt was filled with doubts when creating The Visit. She remembers laughing having even asked her violinist if she should continue working on the album as she was not convinced. “He told me to keep going! [laughs]”

We know the rest. The Visit would propel the musician to international status. The territories of Spain and Brittany, France, would quickly adopt the Canadian passionate about Celtic music.

How did she live with this sudden success at the time? “On the one hand, it was really exciting,” she said. But I remember doing a showcase(showcase) for media in Toronto. And I felt after playing that night that my life was probably going to change. On the way back to the hotel, I started crying.”

“I am not an outgoing person, she continues. I live on a remote farm in the countryside near Stratford [in Ontario]. I don't socialize much with people. There was this tension between being a private person and also being an artist whose work connects with people.”

Today, Loreena McKennitt is not very different from the musician of the time. She still sports her big red hair and continues to manage her career on her own. In 2019, she announced that she wanted to take a break from her career to help her community.

She notably got involved in closing a glass factory in Stratford that was harming the environment. However, the arrival of the pandemic has slowed down his activist impulses. When a colleague from the UK mentioned the 30th anniversary of The Visit, in 2021, the idea of ​​doing a reissue of the album and a tour came quickly.

Even if she walks everywhere on the globe, the musician regularly comes to play in Quebec. When asked what she thinks of the Quebec public, a huge smile fills her face.

“In Quebec, people are so enthusiastic, warm and engaged,” she says. It's a relief, actually! Because we play in front of different personalities and cultures elsewhere in the world. And in Quebec in particular, people are really comfortable expressing their feelings. It creates an interaction between the artist and the public.”

Because the COVID is still with us, Loreena McKennitt had to make the difficult decision not to be able to meet her admirers after the concerts, a moment that she always lived with great pleasure. “Often, I spent as much time chatting with people after the concert as the duration of the show itself! But we had to abandon this idea for this time.

“We won't have a drummer with us this time around because we felt the repertoire wasn't right for it,” she says. . But we love our drummer! I'm going to miss him.”

When asked, at the very end of the interview, what we can wish her for the future, Loreena McKennitt replies that she doesn't want much for her . “What I would most like to see is a way to end the climate crisis.”

Loreena McKennitt will present her tour The Visit Revisited on October 2 and 9, at Salle Wilfrid-Pelletier in Montreal, as well as on October 5 and 6, at the Grand Théâtre de Québec. For info: loreenamckennitt.com.