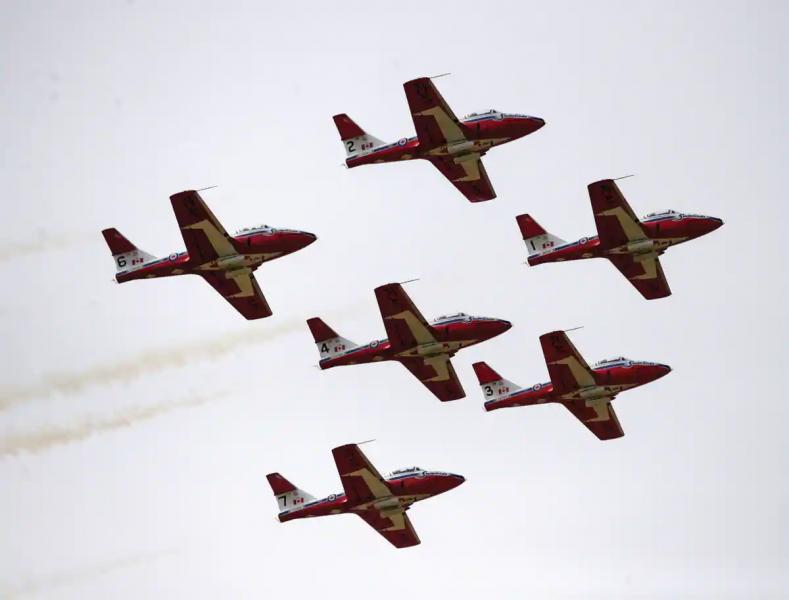 The first edition of the Volaria Festival will finally be presented next September in Mirabel after the cancellation of the 2020 edition due to the pandemic.

“The Volaria air show was supposed to take place in September 2020, but we all know what happened. This time, it's the right one,” said Maude Paquette, general manager of the aeronautical festival, enthusiastically.

The event will take place at the ICAR complex.

The City of Mirabel, Aéroports de Montréal and Bombardier Aerospace provided their assistance so that the festival could take place, underlined Ms. Paquette.

“You know that aeronautics is important for Quebec and also for Mirabel, which has many companies in the field in addition to an airport. It was quite [quite] normal to have an aeronautical festival in our city, ”explained Ms. Paquette. Mirabel had an aerial festival in the 90s. The last edition took place in 1997.

Several air shows will be presented there on September 24 and 25, including that of the Snowbirds, the Canadian Forces air demonstration squadron. An aerial performance under the stars with pyrotechnics and lights on the plane of the GhostWriter team is also on the program. Then, the Canadian champion plane pilot of the Red Bull Air team, Pete McLeod, will face an F-458 car driven by the champion of the Grand Prix de Trois-Rivières, Justin Arseneau.

The Snowbirds were grounded recently following an accident in British Columbia caused by an engine problem, but the organizers of the Festival Volaria are optimistic.

“We are confident that the Snowbirds will be ready to get back to the skies in time for Volaria,” Maude Paquette told us. We support the Royal Canadian Air Force in this process which will ensure the safety of pilots. In any case, we are planning a plan B and a program that will take the breath away of all festival-goers”, specifies the director of the festival.

Many other activities, as well as exhibitions of civil and military aircraft and vintage, luxury or sports cars, will be offered on site.

A job fair organized by Aéro Montreal is also planned.

“Creating passions and a workforce is also one of the goals of this kind of festival”, mentioned Ms. Paquette during our interview, adding that the Canadian Forces will also be on hand to present military equipment and discuss with the public.

“We all know that in 2022, we must take care of the environment, assured the general manager of the event. This is part of our values. All festival activities are therefore considered carbon neutral and approved by Carboneutre Québec. Everything was done thanks to the participation of Bombardier Aerospace.”

Trees will be planted to absorb all the carbon emitted during the event, she added.