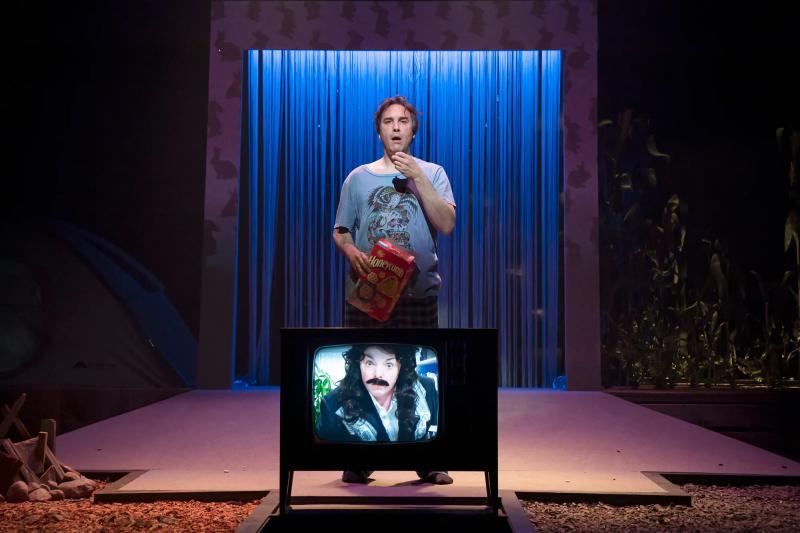 In the Quebec landscape since 1985, the Ondinnok theater troupe continues its reconquest of the imagination of the First Nations and the construction of the future with L'enclos of Wabush, which will be presented at Espace Libre, in Montreal.

Its artistic director Dave Jenniss is delighted to see that the seeds sown by the first native francophone theater company in the country sprouted.

“When I started in 2004, it was just us. Now there is Onishka by Émilie Monnet, Menuentakuan with Charles Bender and Productions AUEN by Soleil Launière. They all went through Ondinnok. We have different backgrounds and that gives diversity.”

According to him, being more visible helps young people in First Nations communities, because they “see that it is doable and real”.

“We created a youth theater camp,” he said. Last summer, we spent a week with young Anishinaabes in Abitibi to discover the facets of theater and the possibilities of this profession, whether on stage, but also behind the scenes or as an author.”

“He took certain characters to create a new story,” says Dave Jenniss, who is directing with Daniel Brière from NTE.

This work tells the story of an Aboriginal man in his forties, without children or profession, who became persona non grata in his community after being exposed in the media the chief's corruption.

This proposal refers to the vagaries of living in a small community where everyone knows each other and socializes.

“It’s a nod to the Aboriginals, notes the man of the theater. We laugh a lot at us in this show. But we also touch on harder times like the Oka Crisis and how difficult it was. It is a touching text that makes you think.”

He maintains that the objective is not to lecture, but to to raise awareness. “I don't think we talk about the Oka Crisis at school, but by addressing this dark period in Quebec, we participate in a form of education,” says the actor whose mother is Maliseet. “It's an educational exercise. It's about rebuilding bridges.”

Rebuilding oneself through theater and weaving connections with others through this art, this is the work Ondinnok.

♦ Wabush's enclosure is presented at the 'Espace Libre, in Montreal, from October 12 to 29.