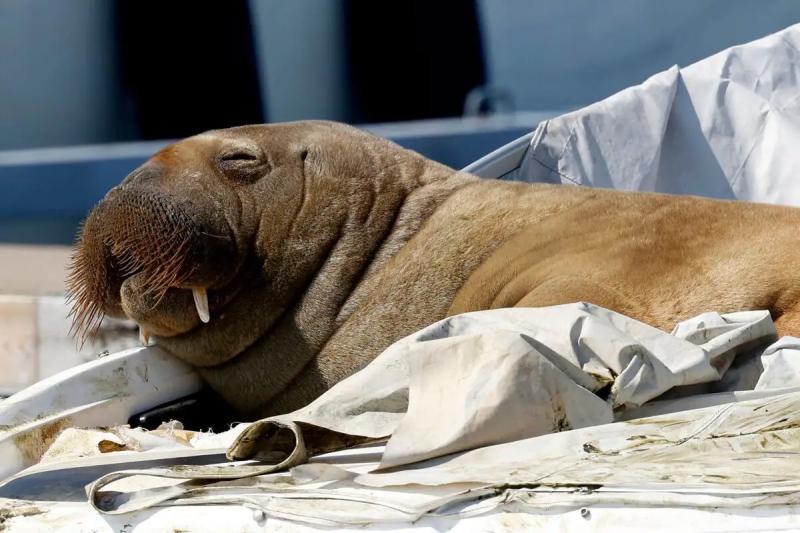 Norwegian authorities announced on Sunday that they had euthanized the walrus Freya, whose presence in the Oslo Fjord had become the attraction of the summer to the point of putting the lives of the public and the animal endangered.

“The decision to euthanize the walrus was made based on a comprehensive assessment of the continuing threat to human safety,” the official said. the Norwegian Directorate of Fisheries, Frank Bakke-Jensen, in a statement.

Walruses generally live in even more northern latitudes of the Arctic, but Freya, whose name refers to a goddess associated with love and beauty in Norse mythology, had been bathing in the waters of the Norwegian capital since July 17.

Despite constant pleas to stay away and not disturb the mammal, the young female weighing some 600 kilos attracted a lot of attention, posing a risk to the public and the animal, estimated the Directorate of Fisheries.

“We have carefully considered all possible solutions. We concluded that we could not guarantee the welfare of the animal by any means available,” Mr. Bakke-Jensen said. filmed climbing on boats swaying under its weight to doze there, “was not a viable option” because of its complexity, he added.

In France, a rescue operation had been set up this week to transport a beluga out of the Seine, where it had gotten lost, but the cetacean had not endured it and had to be euthanized.