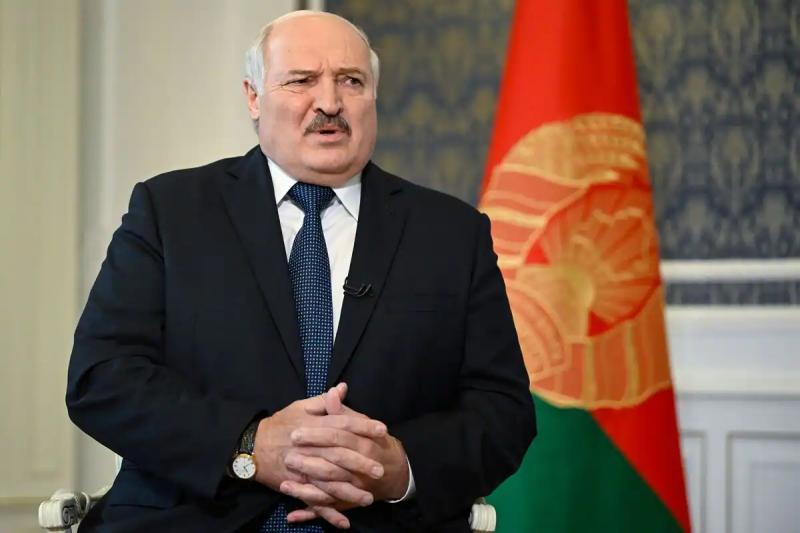 MINSK | The war in Ukraine must end to avoid the “precipice” of a “nuclear” conflict, the Belarusian president said Thursday in an exclusive interview with AFP, while judging that it was up to Kyiv and the West to give in to the Kremlin.

Moscow's main ally, Alexander Lukashenko, lent his country's territory to the Russian army so that it could launch its offensive on Ukraine on February 24.

“Come on, let's stop- we. You don't have to go any further. Further on is the precipice. Further, it is nuclear war. It shouldn't go that far,” he said during a meeting with AFP at the Independence Palace in Minsk.

“We must stop, get along, stop this chaos, the operation and the war in Ukraine,” added Mr. Lukashenko, almost five months to the day after Vladimir Putin attacked his neighbor, accusing him of “genocide against the Russian-speaking populations and to serve as a bridgehead for NATO against Russia.

Talks which had begun in the early days of the war failed, with each side blaming themselves. For the Belarusian president, it is the Europeans and the Americans who encourage kyiv to fight.

“It all depends on Ukraine, currently, the peculiarity of the moment is that the war can end in more preferable conditions for Ukraine”, judged Mr. Lukashenko.

It must agree to “never have on (its) territory (…) weapons threatening Russia”, he noted.< /p>

According to him, the objective of “denazification” proclaimed by the Kremlin regarding its military objectives in Ukraine, “is philosophy”.

“Most importantly, it is the security of Russia”.

And to the President of Belarus to recall that Vladimir Putin had warned that his army was not yet fully employed in Ukraine.

“The war that is going on there is not yet the one that Russia could lead,” he said, referring to the “frightening” weapons available to Moscow.

According to Mr Lukashenko, Ukraine must now also accept that the regions occupied by Russia in East and South are lost.

“This is no longer discussed, we could have discussed it in February, March,” he judged.

He also blamed the West for this war, believing that he had planned an attack on Russia.

“We have seen the causes of this war. The cause is that if Russia had not outstripped NATO, you (Westerners) would have organized and hit her,” he said. “You are at the origin and you prolong this war,” he accused.

According to the Belarusian leader, the conflict would have been avoided if Western countries had given Mr. Putin “the security guarantees he was asking for” at the end of 2021 and the beginning of 2022, namely the withdrawal of the Alliance on the borders of 1997 – before the enlargement to the countries of Eastern Europe – and the end of the rapprochement with Ukraine, which Russia perceives as a threat.

“Why didn't you give these guarantees? That means you wanted war,” he said.

As for Belarus, Mr. Lukashenko explained that his army was there to prevent a “stab in the back” from Russia, and that it would not go to the battlefield.

“We participate in the operation, yes. But how ? We have locked western and southwestern Belarus so that we cannot hit Russia in the back,” he said. “We don't kill anyone”.

“We have the same weapons as Russia, they have enough soldiers to fight, we are not needed there. So why would (Belarusian army) go to Ukraine to carry out military actions?”, said Mr. Lukashenko.

Similarly, he said he had no plans to recognize the separatist territories of Ukraine recognized by Moscow to justify its military intervention, nor the Russian annexation of Crimea in 2014.

“That this bring?” asked the Belarusian leader.

Although very dependent economically on Russia, which provides it with credit and cheap energy, the present Belarusian has defended himself from being a puppet of Russia.

“Don't think that I am a puppet that we handle from morning to night. Nothing like that,” he said, insisting on his “fraternal” relationship with Mr. Poutine.

“The credits, we would be ready to take them in France (…), but you spat on us, tried to wipe your feet on us, on me, on my country”.

And Mr. Lukashenko to return the favor, denouncing the “stupid” sanctions imposed on Russia and pointing to Europe's huge dependence on Russian hydrocarbons which threatens to degenerate into an economic recession if gas supplies were to be cut off.

“The situation with your stupid, savage and incomprehensible sanctions has shown how much you depend on Russian energy resources”, insisted the Belarusian president.

“Russia (…) needs peace, calm to trade, it must sell gas and you need buy it,” he noted.