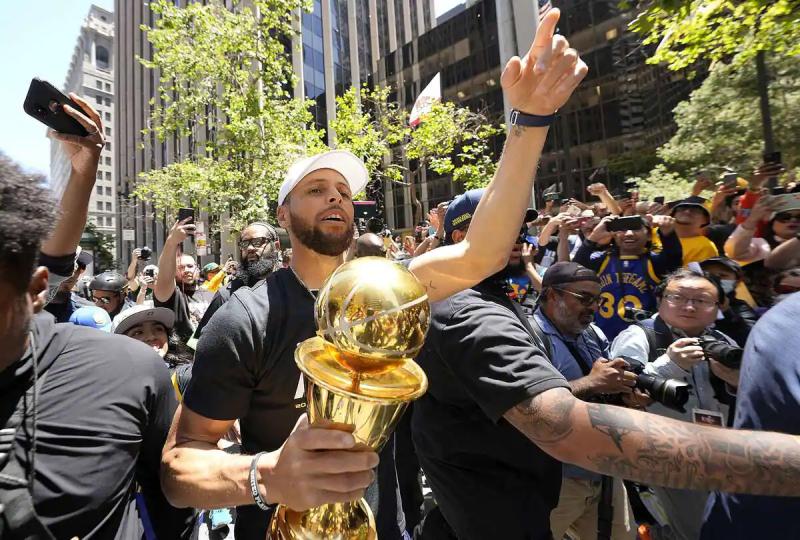 The Golden State Warriors have been a regular at bringing home the Larry O'Brien Trophy for a few years, winning their fourth championship in eight years. However, they had not paraded in the streets of California since 2018. It was a gift of joy – and alcohol – that they feasted with their supporters on Monday.

Gary Payton II walked around shirtless for most of the parade, Canadian Andrew Wiggins made sure to douse as many people as possible with booze, and Draymond Green kicked out all his critics.

“What do you want me to tell you? That we are the best? It's been an incredible year, first launched Green, whose remarks were picked up by the ESPN network. I told you, don't let us win a championship, but clearly, no one could stop us.”

Contrary to tradition, the Warriors players did not give interviews in front of the general public, but rather during a ceremony in front of friends and families, as well as team personnel, during a private and televised ceremony, before starting the parade.

“We we are here to represent you. The energy and the inspiration that you give us, all that sort of thing matters, mentioned an emotional Stephen Curry. That's why we do this, to entertain you, to give you a team to cheer on and be passionate about. It gives us a platform to do things never before done in history.”