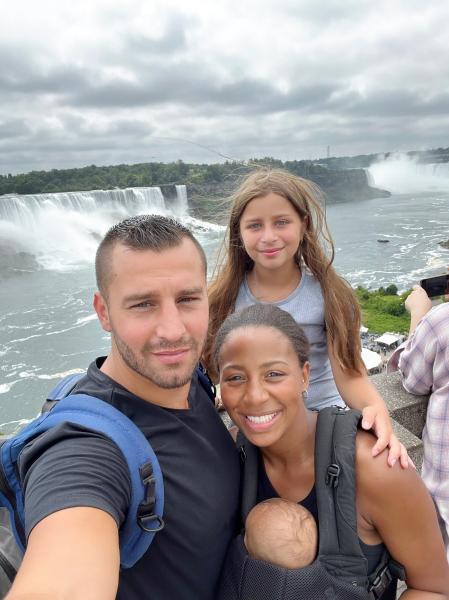 “Better go out when you haven’t taken too many punches. With my family, with my life ahead of me, it wasn't worth risking it all on $50,000 fights that I should have fought before I got another offer for a big fight.

“It's a mix of emotions. The thought of retirement, I know what it means as a change in my life. It is enormous. In my head, I was going to retire after facing Canelo Alvarez. But there, after my defeat against David Benavidez, with my team and mine, I began to weigh the pros and cons.

“The rational told me that the time for retirement had come. Emotions kept me going, to follow my warrior instincts, to face anyone at any time.

“But I was helped to see the script as it was. I was already a small 160 pounds. Powerful, but small. At 168 pounds, I was up against some 200 pound guys. I saw it against Benavidez. He was too strong, too big. I wanted to push him, but he didn't flinch. He got to me first and then nothing was possible even though I was ready to continue. -Being because of the dry desert air, I was able to make weight with some ease. Otherwise, it was torture to go down to 160 pounds. I would have been made for a 164-pound category…”, said Lemieux, smiling for the first time in the conversation.

Our meeting at Daou, his favorite Lebanese restaurant, was supposed to take place the previous Wednesday. The day before, his biological father was shot in a bus shelter by a crazed killer. We got together a week later. The review interview was quickly turned upside down when Lemieux confirmed that he would officially announce his retirement on Monday.

It is no longer the same look that a man and a 33-year-old athlete take on events. There is a kind of release, a kind of truth that can be told in the answers. The best stories make you laugh. Others touch without filter. It is a privilege for a journalist.

Until we come to the future. David and Jennifer Abel, his love and his wife, are going to open a center with a “smoothie bar” as is the big fashion. But with a ring and boxing equipment for those who want to train and acquire certain notions. There will always be room for overly rambunctious children. “And Jennifer will be offering pilates and stretching sessions. Everything related to good health, Jennifer will offer it. Who could be better than this great Olympian,” explained Lemieux.

He is only 33 years old, but he fought a long time. Since the age of 17. Against the toughest. Gabriel Rosado, Glen Tapia, Curtis Stevens, Spike O'Sullivan, Billy Jo Saunders, Hassan N'Dam, David Benavidez, Gennady Golovkin.

Canelo Alvarez is missing. But this time, it was his kidneys that betrayed him. In New York.

David tells you all about it…

We've been talking for a good hour. By reviving the stories. The fights that David has experienced in the ring, I have experienced many of them sitting ringside. We think we see everything, we know everything. But as Jean Gabin would say, we should know that we know nothing…

NINE YEARS AND A CIGAR

The first story, one of the great memories of David Lemieux, is his discovery of boxing: “I was on the balcony of the house. I was 9 years old. I was smoking a big cigar. I was fighting all the time in the street. Sometimes against big 15-year-old guys. I wasn't afraid of anyone. Mr. Laham, the father of the boxer Baha Laham, our neighbor opposite, was worried to see me go. He was the one who brought me to Ring 83, Russ Anber's gym. It was instant love with boxing. I came in there and I said to myself: this is cool. I arrived first and left last. Russ had given me a key to the gym. I was there all the time, whenever I could. I was 11 years old in my first fight. I lost four times in a row before winning sixteen online.

“At school, in 4th grade, the teacher asked us to write down what we wanted to do in life. Me, I had written that I would be world champion. The teacher asked me: “David, do you have a plan B? ” I said no…

“When I became world champion after beating Hassan N'Dam at the Bell Center, I went back to my elementary school. The teacher was no longer there, but there were other teachers I had known. I just told them that I had fulfilled my big dream as a young child. I spoke to the young people at school, I told them to have dreams and to make the effort to achieve them…

“Russ Anber has played an important role in my career. But the separation was not easy. You know Russ. He controlled everything. I made the decision that it was over just before a trip. We were supposed to go to Sergio Martinez's camp in Oxnard, California. Russ decided we would drive there. I was in love with my daughter's mother. I figured there was no way I was spending four days in a tank with three other people talking about boxing all the time. I refused. It was from there that I made my decision,” recalls David.

It coincides with his meeting with Camille Estephan. He will become his manager, his promoter, his unfailing friend, the godfather and somewhat the head of an extended family.

Marc Ramsay will take care of the rest…

In his memories at home, David Lemieux has kept the silver ticket that Madison Square Garden bosses gave him before his fight against Gennady Golovkin.

Before his Madison Square Garden fight against Gennady Golovkin, David Lemieux received a silver ticket for the sold-out the fastest, with a Quebecer and a Kazakh.

The sold-outthe fastest. With a Quebecer and a Kazakh. “I also remember the thousands of Quebecers who came to New York to encourage me. At one point, there were a hundred of them at the corner of 5th Avenue with a pole on which they had hung Quebec flags. I had the car stopped and greeted them.

“As for the fight, I had prepared myself for a war. Golovkin was brilliant. He used his jab to keep me at bay and boxed very smartly. And then, Golovkin at his best is among the great middleweights in boxing history. The income from the fight was very high. Despite the loss, I'm proud of everything that happened in New York,” said Lemieux.

David Lemieux returning to his corner after taking down Curtis Stevens in March 2017.

“I'm gonna fuck him up! “said Curtis Stevens in a documentary filmed for Punching Grace before the fight. “That arrogant bastard even started a GoFundMe to raise money to pay for my hospital bills after our battle. I wanted to tear it down. Hurt him. When I knocked him stiff in the third round and got him out on a stretcher, I admit I felt a certain satisfaction. Especially since he had regained consciousness.

In Las Vegas, David Lemieux passed the K.-O. to Spike Sullivan whom he called very arrogant.

“I felt the same with Spike O'Sullivan in Las Vegas. I have nothing against the Irish, but him… he was not good at the gala against Billy Joe Saunders. Before the fight in Vegas, he was still cocky. I promised myself he would pay the price for being so slobbery. But at least he was correct. Coming to her senses in the ring, the television journalist asked her what had happened: “David Lemieux said he was going to knocker me. He did it. He did it! ””

“My whole career, I had to fight against my weight. My worst moment is in New York. I was in the semifinals of a Canelo fight. The deal was done. If I beat Tureano Johnson, I had my chance. The morning of the weigh-in, I was in such bad shape, so dehydrated that my kidneys were barely functioning. At the hospital, the doctors wondered how I had gotten myself into this state. I was heartbroken, but as usual, it was Camille who scooped me up and helped me rebuild my confidence…

“I had received a first signal. You had to think about going up to 168 pounds. And Benavidez gave me the other signal. I was too small for the 168…

“But I don’t regret anything. I did what I had to do. I was champion against N'Dam, who himself became world champion again by beating Ryota Murata in Tokyo. I fulfilled the dream I had as a child.

“And there, the rest of my life awaits me…”