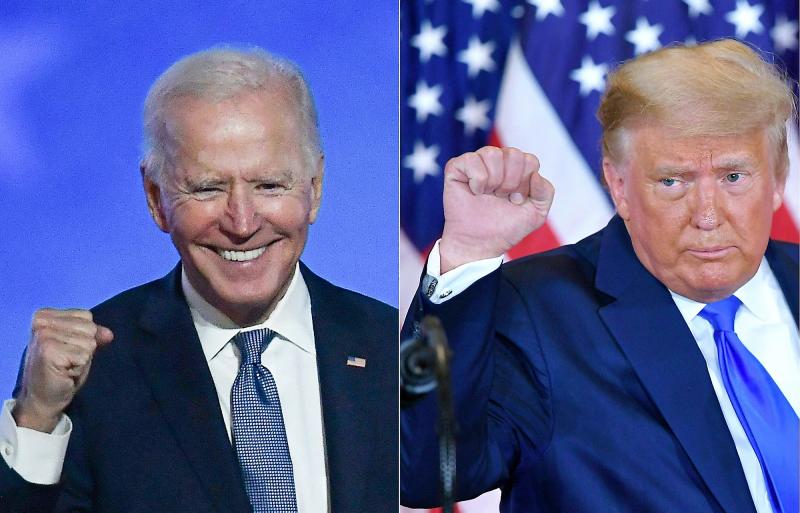 Normally, Democrats should take significant defeats and lose control of both houses of Congress in November, but there's not much normal in American politics these days.

Historically, the president's party tends to lose seats in midterm elections. In addition, Biden's approval rating is lagging in the low waters and economic pessimism is rampant.

In short, all indications are that Republicans should make convincing gains in November. Tuesday's primary elections in five states, however, point to cracks in their armor.

Despite the clear strengths of the Republicans, the polls are not very favorable to them. Part of their difficulty stems from Donald Trump's insistence on embedding himself in the political landscape when the electorate would like him to slip away.

Given the divisions between Republicans highlighted on Tuesday, candidates strongly identified with Trump seem destined to lose support at the center while those who dared to oppose him could lose if Trump mobilizes his supporters against them, in a spirit of revenge. .

Trump's obsession with bringing his Big Lie about the 2020 election to the fore can only hurt Republicans who would like to turn the midterm election into a referendum on Biden and inflation.

What's more, some of Trump's proteges (notably his Senate candidates in Pennsylvania and Georgia) are foils who could cost their party control of the upper house.

From Tuesday's vote, we will especially remember the resounding defeat of opponents of abortion in Kansas. In this conservative state, where the right to abortion is nevertheless enshrined in the Constitution, the Republicans were confident that they could erase this right by referendum.

They were counting on the low turnout of the Democrats in the primaries in the middle of the summer, but instead they provoked a significant mobilization of pro-choice voters and the No won with nearly 60% of the vote, winning counties normally won. to Republicans.

This result bodes well for Democrats who wish to rouse their electorate from their torpor by making abortion a major battleground in the wake of the Supreme Court's radical right turn on this issue. stake.

There are less than 100 days left until the midterm election, which gives Democrats time to seize a few more opportunities. Republicans' inexcusable opposition to legislation to guarantee health care for thousands of veterans exposed to toxic fumes while on duty could provide such an opportunity.

More broadly, even if the economy remains unpredictable, a quick lull in inflation could ease voter dissatisfaction with Biden and the Republicans.

In that sense, the anti-inflation bill spearheaded by centrist Democratic Senator Joe Manchin could put some wind in the sails of the Biden administration, while exposing Republican opposition to broadly popular measures.

Ahead of the midterm elections, Republicans remain favorites, but the The game is far from over.