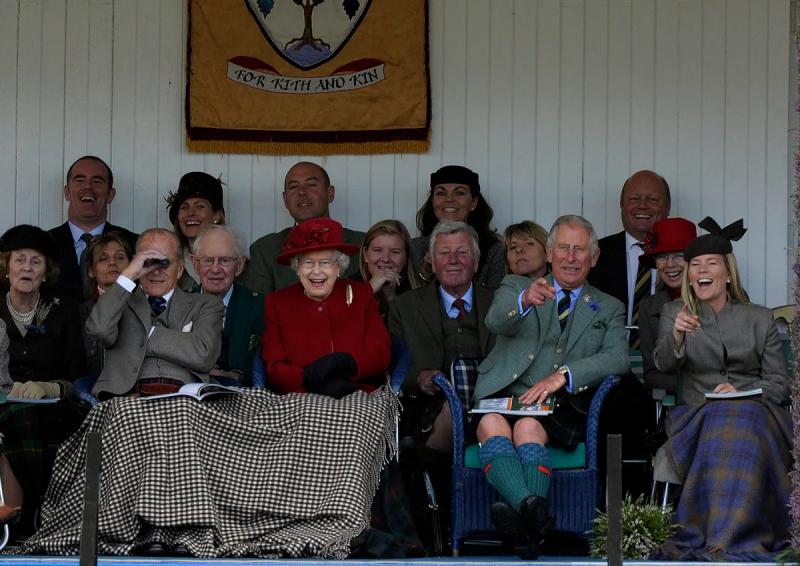 Alongside the new king, here are the most active members of the British royal family.

Charles and Diana's eldest son, Prince William, is now the heir to the throne. Very popular, he gives, with his wife Kate, the image of a close-knit and modern couple, close to their three children.

These last years, he took an increasingly important role within the royal family, defending causes such as mental health or the protection of the environment.

Kate Middleton is the daughter of an ex -a flight attendant who made a fortune with her husband by starting a party supplies business. She married William in 2011.

Having become Duchess of Cambridge, she willingly complied with the many obligations conferred on her by her role in the royal family, while raising the couple's three children George (born in 2013), Charlotte (2015), then Louis (2018).

But that perfect picture was scratched by Meghan who accused her of making him cry in an incident shortly before her wedding to Harry.

Ex-troublemaker of the royal family chastened after a stint in the army, Harry fell in love with Meghan Markle, a divorced and mixed-race American ex-actress.

The wedding in 2018 at Windsor Castle of these two personalities from very different worlds looked like a fairy tale… which quickly turned into a nightmare for the family.

Exasperated by the relentless attacks of the tabloids against his wife, Harry decided in 2020 to distance himself from the royal family, causing an earthquake in the United Kingdom. During a smashing interview in March 2021, the couple accused the royal family of insensitivity and racism.

They now live in California with their two children Archie (born in 2019) and Lilibet (2021 ). Wanting to be financially independent, they have signed contracts with Netflix and Apple TV+, among others.

The only daughter of Elizabeth II and Prince Philip, Princess Royal Anne inherited her mother's sense of duty and his father's outspokenness.

Passionate about riding, she was the first member of the British royal family to participate in the Olympic Games, in Montreal in 1976.

She has two children, Peter (born in 1977) and Zara (1981) , from her marriage to Mark Phillips, whom she divorced in 1992. She remarried the same year to Commander Timothy Laurence.

In accordance with her wishes, her children do not bear titles of nobility .

Often presented by the British media as the “favorite son” of Elizabeth II, Prince Andrew has long been a figure of playboy and brave soldier, but his life has also been marred by controversy. Until his disgrace, accused of sexual assault in the United States in connection with his links to pedophile Jeffrey Epstein.

The Duke of York had tried to defend himself in November 2020 in a television interview which had turned into a fiasco.

Once seen as a hero of the Falklands War (1982), during which he fought at 22 years as a helicopter pilot, Prince Andrew has since stayed away from the media.

He has two daughters, from his marriage to Sarah Ferguson whom he divorced: Beatrice (born in 1988) and Eugenie (born in 1990).

The Earl of Wessex, Prince Edward, is the last of four children of Elizabeth II and Prince Philip. He is married to Sophie Rhys-Jones, a former public relations executive, with whom he has two children, Lady Louise and James Mountbatten-Windsor.

Anne's daughter, Zara, inherited her down-to-earth side and her passion for horses from her mother. An accomplished rider, she won the silver medal in the team eventing at the 2012 London Olympics.

Son of Princess Anne, Peter Phillips, an avid rugby player, sparked controversy when he used his status as a 'member of the British royal family' to appear in an advertisement for a Chinese brand of milk.