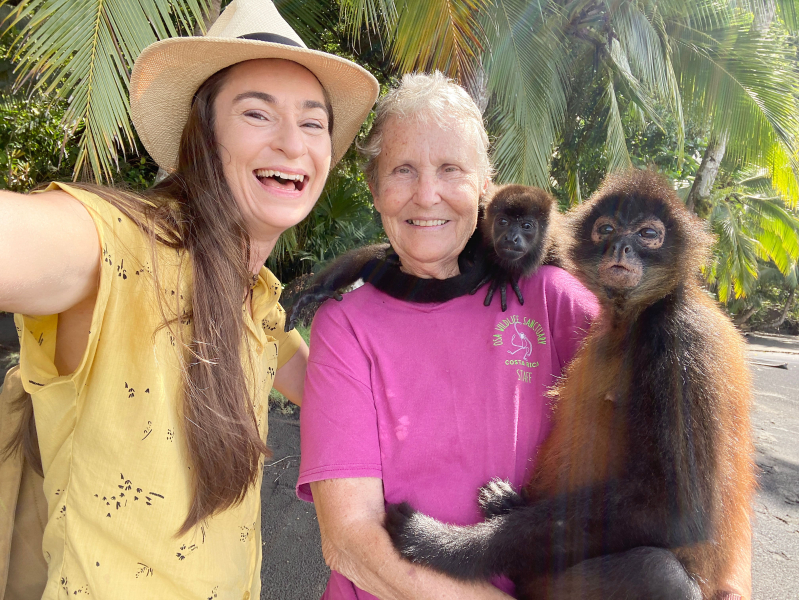 Veterinarian Claudia Gilbert has traveled to the four corners of the world to meet people who have forged exceptional, altruistic and special bonds with wild animals threatened by human activity. She hosts the new TV series, Wild Connection, and agreed to answer these questions regarding his experience while filming the show.

1. What was your favorite animal and why?

Sarara, a wild elephant from Kenya, a country plagued by a historic drought. I had the chance to meet him. He was majestic and had an endearing personality. He was well known to researchers and did not hesitate to wander around the organization's camp. He was at home and everyone respected him. Unfortunately, Sarara was found dead recently, killed in a conflict with humans, while enjoying the rebirth of vegetation in its natural habitat after three years of drought. It probably did not please humans to see him grazing there. He who had survived the biggest ivory poaching crisis in history…

2. Which animal surprised you the most, and why?

Sweetie, a female spider monkey in Costa Rica, for her magnanimity. As happens all too often, shortly after he was born, his mother was killed in an attempt to take his baby away and raise him on tourist properties. Sweetie was injured during the hunt and left for dead. The founder of the Osa Shrine cared for and raised her. When mature, the rehabilitated monkeys return to the wild, but Sweetie has chosen to stay at the sanctuary, even though she is free to go. She helps and participates in the rehabilitation of animals at the sanctuary.

3. Your favorite from the show.

The Samburu people who have a mutualistic relationship with wild elephants. Elephants know where to dig for water, and during the historic drought (no rain since 2019), these people relied on elephants to know where to dig for water. These people are respectful of life. They consume the milk from their goats, but let the baby drink from one side of its mother while they just milk the other side. They don't have much, but they are incredibly generous.

4. The person who impressed you the most, and why?

Cristina Zenato, an Italian who lives in the Bahamas and dedicates her life to changing the negative image the world has of sharks. She helped me overcome my irrational fear of sharks. She interacts with the sharks and manages to put them in tonic immobility (state of immobility and relaxation) with a light stroke on the top of the muzzle. She pulls hooks from the mouths of sharks, collateral victims of fishing. Shark populations are in decline and thanks to Cristina, sharks are now protected in the Bahamas.

5. Something you learned as a vet on this show?

In the scientific community, it is considered that there are no advantages, for a wild animal, to enter into a relationship with human beings, unless it is for medical or rehabilitation reasons. In this documentary series, I learned that not everything is black and white.

6. What was your greatest emotion?

When I met the last two white rhinos from the north of the planet, it was a very emotional moment. I felt guilty, because my species is responsible for the annihilation of theirs through poaching. I saw the rhino cemetery in the Ol Pejeta reserve. Around a tree standing in the middle of the savannah, heaps of stones are arranged and bear epitaphs describing the cause of their death: all poached. I remember an inscription that read: “Found lying, in pain, hit by a poisoned arrow, her two horns cut off, she was 12 months pregnant.”

A veterinarian, she is a columnist for Salut bonjour! and hosts the new show Connexion sauvage on TV5.< /p>