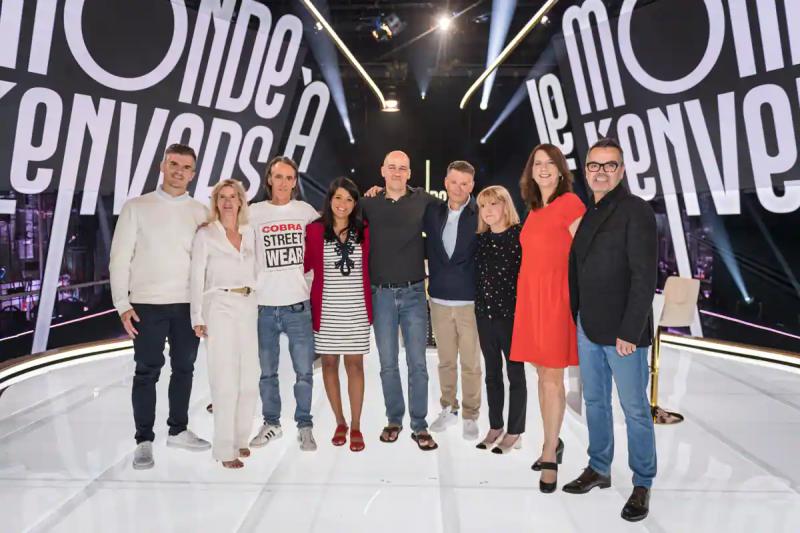 Since the time he's been working on his return to TV and refining the concept of his debate and current affairs set The Upside Down World< /em>, Stéphan Bureau is eager to jump into the arena this Friday on TVA.

The journalist and host wishes do “useful work” by allowing Quebecers to learn or relearn how to debate.

“Feverish” as the first 90-minute meeting presented live approaches, the 58-year-old communicator hears lead frank, direct and nuanced discussions, in short, in a setting more conducive to civilized exchanges than on Twitter.

“It's easier to stay focused, hate yourself from a distance and assume the worst than to risk saying, 'Here's what I think, do you have a better idea?'” he said. at the QMI Agency last Friday, when he unveiled the decor installed in studio A of the TVA building in Montreal.

He believes that the show , even if it will offer heated debates, will “demonstrate that you don't die and that you can have fun” by exchanging ideas.

In his opinion, “the space for discussion has shrunk” in Quebec during the pandemic. “Apart from incitement to violence and hatred, or the dissemination of shameless lies, we all agree: opinions, different visions and critical looks, it is possible to hear them without it being threatening, without telling the other “shut up!”.

Collaborators, guests and the public

< p>For the first meeting, Yasmine Abdelfadel, Louise Deschâtelets, Raed Hammoud and Guy Nantel will cross swords on various themes established in the middle of the week to allow them to do their homework. As we will be live, it is not excluded to change a subject at the very last minute, and even during the broadcast, in order to stay glued to the news.

The host will also three interviews, including one with the guest of the week. To break the ice, Fabien Cloutier will lend himself to the game. Even people in the audience and Internet users will be able to share their opinions and comments.

When he left ICI Première at the end of the summer of 2021, Stéphan Bureau did not expect to find himself hosting a debate and current affairs set a year later.

“We had conversations with TVA and it didn't work out because it didn't work with my schedule. And the phone rang again in October 2021, a call I was not expecting. This is where we started talking. We did two pilots who were pretty good in the spring, but it wasn't for a lot of reasons, starting with the fact that we had a setting created during the pandemic, with distance. You needed binoculars to see the guests, it was very frustrating. We also wanted the public. We went back to the drawing board and we gave birth to this project,” he said.

Produced by Sphère Média in collaboration with Quebecor Content, the show Le monde à l'envers will be presented every Friday, at 8 p.m., on TVA, as well as repeated on LCN every Saturday at the same time.

The actress and columnist of the JournalLouise Deschâtelets says she is “getting out of her comfort zone a bit a lot” by taking part in The Upside Down World. “Given my age and the experiences I have, I think I can bring a more distant element of reflection to what is happening in society. Today, we react spontaneously because of social networks. I can have a different opinion and [we can] talk to each other calmly without being enemies.”

The Loco Locass singer and author Biz had offered to collaborate on the show, and the production also had him in their sights. So he speaks of a “perfect marriage, free and informed consent”. “The format, the proposal, with Stéphan Bureau, that was very important to me. I am allowed to be what I am, to have my color, to be the guy from Quebec who defends the French language, independence, the regions, the First Nations, all with my tone, humor and historical perspective. It's an extremely rare forum.”

For her part, Journal columnist Sophie Durocher “wants us to speak in the whites of our eyes without shouting names on the show. “The intention is not to destroy the person who does not think like you, but it is not Passe-Partout either. I will tell the other that he is in the field, but with a smile. When I write a column that gets people talking, I see a difference between the reaction of people on social media, the rowdy minority, and the people who write to me and are respectful.”