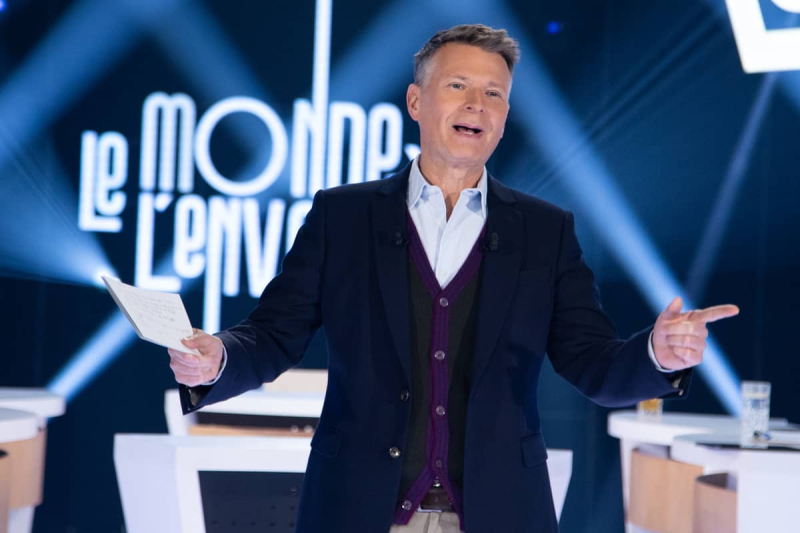 When he was preparing his return to the small screen, Stéphan Bureau wanted to rally the public, highlight divergent ideas and give people the opportunity to express themselves.

Accustomed and especially fervent of live, the host always feels a certain excitement when entering the airwaves; “A nice drug,” he said in an interview with QMI Agency.

“It grabs us all. We have no choice but to deliver when it counts. There is no safety net and for me that was part of the recipe. Create this tension, including for the spectators. […] What can happen from slippage will happen in front of them, what does not work will appear in front of them”, underlined the experienced animator, adding that he did not hate this idea of ​​​​risk.

The formula is demanding and the pace is very fast indeed, “there is no margin to be in the slush for long”, he said, but the game is worth the effort and brings its share of 'exaltation.

The proximity of the audience also helps to capture the tone, the tension, and serves as a cue for the host to know where to push. “There is almost a duty of anticipation from my point of view, to be able to provoke something”, he continued, adding that the preparation beforehand was crucial.

At the start of the season, Stéphan Bureau set three goals with his new format. The first; that the show is easily understood without the concept being continually explained or reminded. The following; that it can give voice to people who are not necessarily on all the platforms or who do not think like the majority, including people who are not public figures. And the third; that there is public buy-in – the last of the season got better ratings than the first.

The duty of representativeness

Recognizing that there is still a little work to be done to attract young debaters to take part in the show, Stéphan Bureau nevertheless said he was proud of the representativeness that the project was able to bring to light. Especially in terms of diversity of thought, business and politics.

“When I multiply the diversity factors, there will always be something lacking, but I find that we are quite successful in having a good part of the rainbow,” he said, adding that he would like to include greater regional sensitivity.

The idea is to “make an effort to represent the dynamic society we live in and above all not make an effort to tick boxes at the expense of what the show should be, that is to say a rigorous program of debates where different ideas intersect,” continued the host.

For the rest of the season, “Le monde à l'envers” returns to its usual formula, in addition to keeping a certain flexibility to try new forms for discussion when the subject lends itself to it. There will also be new elements that will be added to it, said Stéphan Bureau, namely five or six new people, including Marie-Claude Barrette, Serge Denoncourt and Louis T, who will be added to the “pool” of recurring debaters.

Used a bit like a joker to serve certain topics or debates, the recruits will serve as “disruptive elements in the family”, specified the host.

Resuming its usual slot, “Le monde à l’envers” will be back this Friday, at 8 p.m., on TVA. Guy Nantel, Judith Lussier, Louis T. and Richard Martineau will be the debaters of the week, while Claude Legault will be the guest debater. As for the guests, comedian Julien Lacroix will give his first television interview since allegations of sexual misconduct weighed against him.

The eight meetings that marked Stéphan Bureau in start of the season:

• Former paramedic Hal Newman, who sounded the alarm about a pre-hospital system in bad shape;

• Comedian Guillaume Lemay-Thivierge, who showed himself vulnerable during of his interview, following his stunt at the Gémeaux Awards Gala a few days earlier;

• Former Premier of Quebec Lucien Bouchard, who confided in him about the recommended censorship, even imposed on politicians;

• The children of blogger Raif Badawi, who criticized the Canadian Prime Minister for not securing the release of their father when he had promised to personally pick him up in Saudi Arabia;

• Filmmaker Xavier Dolan, who deplored the poverty in which Quebec culture was plunged and the catastrophic consequences it causes for new generations;

• The emergency physician Catherine Falardeau, established for twenty years in Rouyn-Noranda, in Abitibi-Témiscaming ue, who decided to leave her region permanently after realizing that she was poisoned with arsenic.