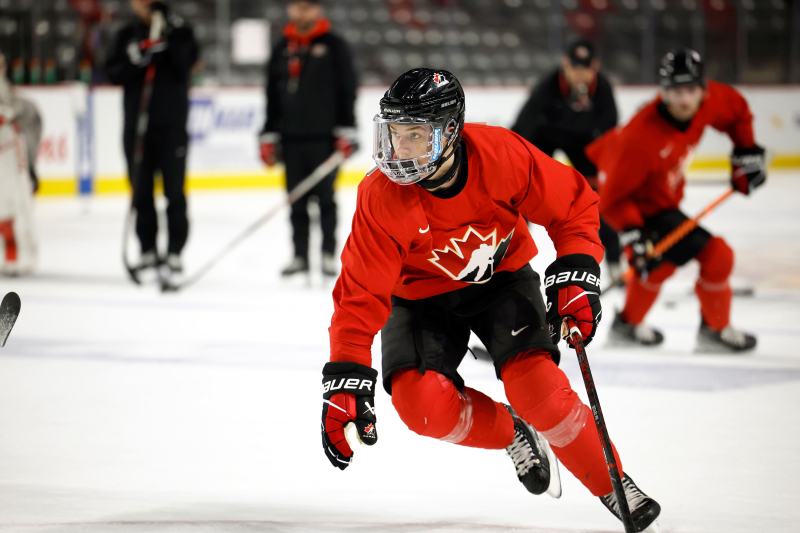 Since Sidney Crosby, no player has been more coveted than young Connor Bedard. With his draft and his NHL debut, the forward is likely to be the focus of 2023. However, with the sale of the Senators, the magic of Connor McDavid seemingly inexhaustible and teams that weren't expected at the top this season, there's no shortage of action in the NHL.

< p>The next 12 months promise to be just as exciting for players who will have the opportunity to reach new milestones. The playoff race will still be interesting to watch, as the Seattle Kraken could make the playoffs in their second year of existence.

The NHL Draft will also be a highlight. Connor Bedard should be selected first in a promising vintage. Here are five questions we'll have answers to in the next year.

WHICH TEAM WILL WIN THE CONNOR BEDARD DERBY?

Young Connor Bedard continues to turn heads. Which NHL team will be lucky enough to be able to draft him?

With the lottery, teams can no longer intentionally lose games. As of this writing, four teams are in contention for last place in the NHL. However, there is no guarantee that they will be able to select Connor Bedard next June. The one lucky enough to draft the Regina Pats forward will be driving.

WHO WILL BE THE NEW OWNERS OF THE SENATORS?

The sales process has been underway for a few weeks. Demand is strong and several groups of investors have shown interest in the National Capital team. We will also have to monitor the file for the new arena, which has been stalled for several years. With new owners in place, expect things to change.

WILL CONNOR MCDAVID WILL WIN ANOTHER SCORING CHAMPIONSHIP?< /strong>

Barring a major injury, the Oilers forward is on course for another 100-point season and another Hart Trophy. He is still dominant on the ice with Leon Draisaitl. For the Maurice Richard Trophy, he could have competition from Jason Robertson of the Dallas Stars.

DID THE BOSTON BRUINS AND THE NEW JERSEY DEVILS WILL BE ABLE TO MAINTAIN THEIR CRUISE PACE?

Both teams are off to a great start to the season. The Bruins and Devils have enough depth to keep their momentum going. They're not immune to a bottoming out at some point, but it won't be enough to make them miss the playoffs. They are well run and their internal leadership is strong. They will be ones to watch in the next series.

WILL THE AVALANCHE BE ABLE TO REPEAT ITS EXPLOIT?

It won't be easy for the band of Jared Bednar, even if it can count on two great leaders like Nathan MacKinnon and Cale Makar. Winning the Stanley Cup two years in a row is an achievement because of the salary cap and parity in the NHL. It is to be expected that the Avalanche will defend their title dearly.