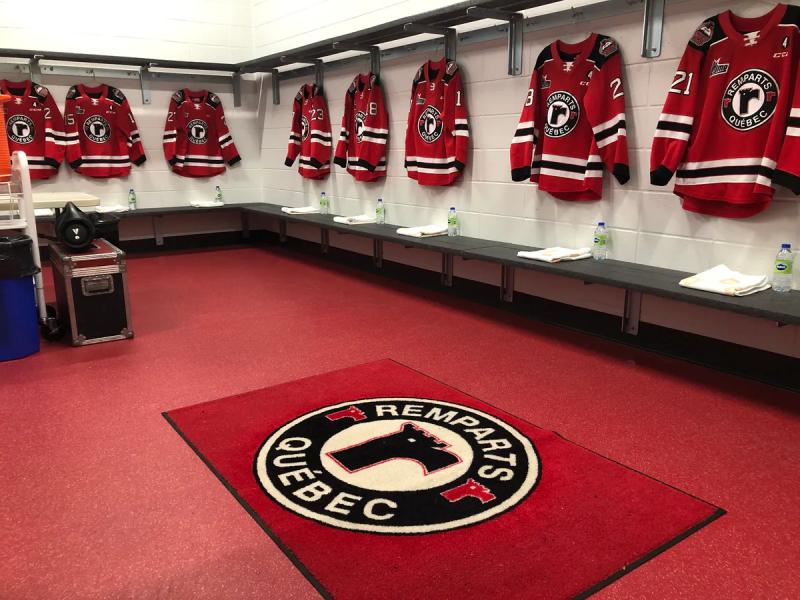 The 2022-2023 QMJHL season officially got underway on Thursday with the game between the Shawinigan Cataractes and the Gatineau Olympiques.

After a loss in the semi-finals last year, against the eventual champions, the Cataractes, it seems that the Quebec Remparts are the big favorites at the start of the season. However, they will not be alone, since a few other teams, including the Olympiques, are already emerging as powers on the circuit. Overview of the forces present at the start of the season, division by division.

Led by a Patrick Roy who will probably be in his last season behind the team bench, the Remparts will bet everything this year and the acquisition of Justin Robidas at the Holidays, which leaked in the media, is the proof. The Remparts have never won the President's Cup since their rebirth in 1997 and they will have no excuse if they fail to do so this year

Prediction: 2nd in the division, 8th in the QMJHL

The Rimouski Oceanic should not be underestimated, whose young team has been growing at high speed for the past two years, with surprise playoff victories against the Shawinigan Cataractes in 2021, and the hosts of the Memorial Cup, the Saint John Sea Dogs last spring. Serge Beausoleil's team continues to progress in order to be competitive for the Memorial Cup in 2025.

Prediction: 3rd in the division, 14th in the QMJHL

Like the Saguenéens, the Drakkar is also in the middle of a facelift and will rely on a very young core that will continue to learn the hard way. With a season of experience behind the tie, the young Vincent Collard, Nathan Baril and Maël Lavigne will be called upon to take on more responsibilities. The team's new acquisitions, young first-round pick Justin Poirier and European Matyas Melovsky, are intriguing.

Prediction: 4th in the division, 15th in the QMJHL

The Saguenéens continue their reconstruction process and will present a very young face to celebrate their 50th anniversary. They will add four other 16-year-olds to their team, including the third overall pick from the last draft, Maxim Massé. Another season of ups and downs to come in the Saguenay, but with two more first-round picks next summer, the future is bright.

Prediction: 1st in the division, 3rd in the QMJHL

After a season of 119 points, Canadian prospect Joshua Roy will once again be a problem for opposing defenses this season, and he will be supported by young Ethan Gauthier, considered the QMJHL's best hope for the next draft. With an experienced defensive squad (five defenders aged 19 and over) and a 20-year-old goaltender, the Phoenix will be one to watch.

Prediction: 2nd in the division, 7th in the QMJHL

The Voltigeurs will begin year 2 of the “post-Xavier Simoneau” era and general manager Philippe Boucher showed he hopes his roster can hold its own in the top half of the standings, acquiring defenseman Oscar Plandowski and forward Drew Elliot from the Charlottetown Islanders. Maveric Lamoureux should be the mainstay of Steve Hartley's team.

Prediction: 3rd in the division, 11th in the QMJHL

A mixture of youth and bad luck kept the Tigers out of the playoffs last season, a year after winning the President's Cup. Among the bad luck: the injury to Tommy Cormier in February, which ended his season after he had collected 34 points in his first 26 games. The latter is back in good health and we will be keeping a close eye on the work of young 16-year-old goaltender Gabriel D'Aigle, second overall pick in the last draft.

Prediction: 4th in the division, 13th in the QMJHL

Ring of champions on the finger, the Cataractes will start the 2022-2023 season with more modest expectations. Mavrik Bourque, Xavier Bourgault and Olivier Nadeau have left the team and the goals will come less easily. The defensive squad remains interesting, however, as four defenders from last year are back, as is goalkeeper Antoine Coulombe.

Prediction: 1st in the division, 2nd in the QMJHL

Louis Robitaille's squad has sent no less than 12 players to professional camps and will rely on a well-balanced core to which Olivier Nadeau has been added, who will not be back in action until the end of 2022 or the beginning of 2023, after having surgery on a shoulder. This will be the first of two competitive years in Gatineau.

Prediction: < strong>2nd in the division, 5th in the QMJHL

The Armada stole the show this summer, acquiring Patrick Guay from the Charlottetown Islanders and Josh Lawrence from the St. John Sea Dogs, but Guay eventually signed with the Vegas Golden Knights and will play in the American League. The Russian Ivan Miroshnichenko belongs to the Armada which is still waiting for the next steps in his case.

Prediction: 3rd in the division, 12th in the QMJHL

The Foreurs continue to rebuild after their participation in the final in 2021. Justin Robidas will be the great leader of this formation, but will leave for Quebec during the Holiday period. The contribution of Robidas in the first half of the season should allow the Foreurs to finish ahead of the Huskies in the division. Robidas' departure will mark the end of an era in Val-d'Or.

Prediction: 4th in the division, 16th in the QMJHL

The Huskies will form the youngest team in the QMJHL. The team's new general manager, Yannick Gaucher, has his work cut out to bring the squad back to the league's best, but there is hope, not least thanks to rumored 16-year-old Bill Zonnon. a lot of good.

Prediction: < strong>1st in the division, 4th in the QMJHL

Four years after their participation in the Memorial Cup, as host team, in 2019, the Halifax Mooseheads should be back among the cream of the QMJHL this season. The goals should come in spades for Sylvain Favreau's team, which will count on Jordan Dumais and Zachary L'Heureux to lead the attack. We will also be watching the progress of Mathieu Cataford, another good hope for the next draft.

Prediction: 2nd in the division, 6th in the QMJHL

The Titan lack depth, but they can count on the hope of Canadian Riley Kidney to lead the boat. There have been many distractions in Bathurst for the past few months, due to uncertainty about the future of the team in New Brunswick. Will it have an impact on the rink? To be continued.

Prediction: 3rd in the division, 9th in the QMJHL

We put the Eagles higher than many observers, who have a few underrated players on offense, including 20-year-old veteran Zachary Gravel, who scored 27 goals in Quebec last year in a supporting role. Ivan Ivan will be their leader, while the defensive brigade is likely to be very effective. It will be interesting to follow the progress of the first overall pick of the last draft, defenseman Tomas Lavoie.

< p>Prediction: 4th in the division, 10th in the QMJHL

The Wildcats are still young, but the 2022-2023 season should be where they begin their journey back to respectability. Maxim Barbashev and Yoan Loshing will be called upon to lead the attack, and the acquisition of Charles Beaudoin will bring experience, he who won with the Cataractes last year.

Prediction: 5th in the division, 17th in the QMJHL

The Islanders lost big, big chunks of the edition that reached the Finals last year. But there are still a few left, including forwards Dawson Stairs, Jakub Brabenec and Ben Boyd, defenders William Trudeau and Jérémie Biakabutuka and goalkeeper Francesco Lapenna. Jim Hulton's teams should never be underestimated, even though he may well be an aggressive holiday salesman.

Prediction: 6th in the division, 18th in the QMJHL

It is often said that there is a price to pay for winning in junior hockey and, to say the least, the Sea Dogs may pay it for a long time. The team went all out last year and it paid off, as they won the Memorial Cup. But the next few years will be complicated, starting with this one. New head coach Travis Crickard will have his work cut out for him.