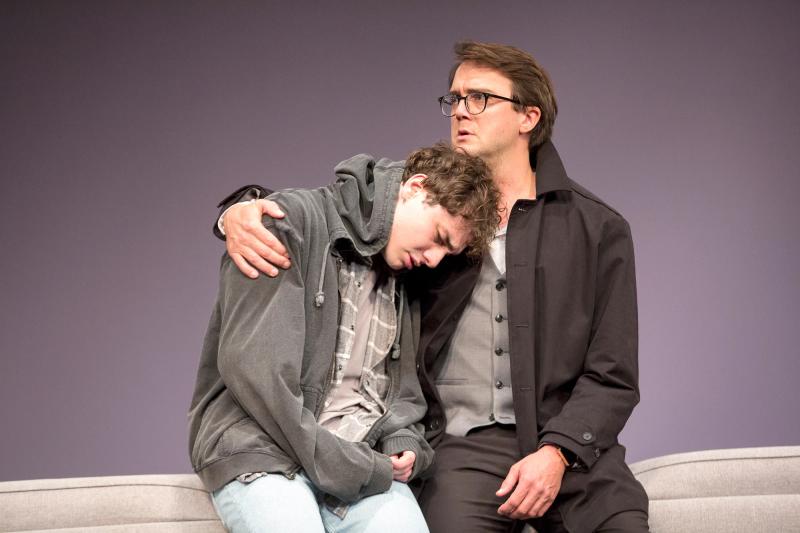 Vincent-Guillaume Otis makes a big comeback with the play Le fils at the Théâtre du Rideau Vert, but his performance does not manage to mask certain weaknesses of this proposal.

Even without taking into account his brilliant performance, it would have been more appropriate to call this play “The Father”, because he is the main character of this work written by the French Florian Zeller.

This story is about a brooding teenager who decides to leave his mother's house to live with his father. The latter has rebuilt his life with a younger spouse who has just had a child.

Playing for the first time at the theater since 2018, Vincent-Guillaume Otis carries this production on his shoulders with a well-felt mixture of impatience, optimism, anger and sadness. He embodies the father who tries to cheer up his depressed teenager.

In his first big role since leaving the National Theater School, Émile Ouellette is very credible in the skin of this anxious young man, unable to explain his pain in living.

This show touches on very current themes such as the depression and anxiety experienced by the son, as well as the feeling of guilt carried by the parents who try to help him.

However, it feels like it was written a long time ago because it conveys clichés that seem unbelievable at a time when mental health is no longer seen as something that can be fixed with a pat on the back.&nbsp ;

The stereotypes are alive and well with this father convinced that this bad patch will simply dissipate with good will and this helpless and remorse-ridden mother. The absence of a dialogue on the relevance of consulting a psychologist is incomprehensible for a play that tries to anchor itself in realism in order to convince.

However, some moments are excellent as evidenced by the end, but the emotional potential of this piece is weighed down by a lack of rhythm and spontaneity.

♦ The Son is presented at the Théâtre du Rideau Vert until October 29. < /p>