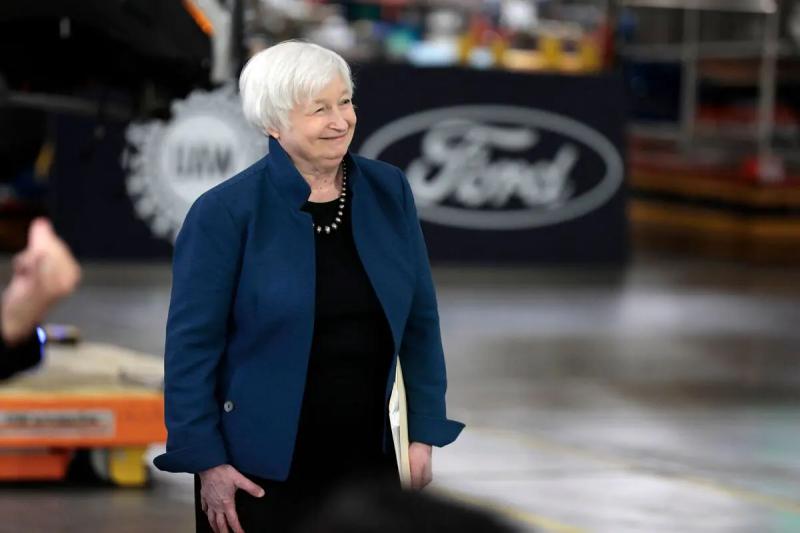 There is “a risk” of recession in the United States due to the measures taken to slow inflation, which will necessarily weigh on economic activity, but it is possible to escape it, US Treasury Secretary Janet Yellen said on Sunday.

A recession in the United States is “a risk when the Fed [the American Central Bank, editor’s note] tightens its monetary policy in the face of inflation,” said Joe Biden's Minister of Economy and Finance, on CNN.

“So that’s obviously a risk we’re monitoring,” she added, but “we have a strong labor market, and I believe it’s possible to keep it that way.”

Faced with inflation which had reached its highest level in 40 years in June, before slowing down a little in July (8.5%), the Central Bank is gradually raising its key rates in order to slow down activity economy and ease the pressure on prices.

These policy rates set the tone for commercial banks for the interest rates on loans they offer to their retail and corporate clients. Higher rates therefore mechanically reduce consumption and investment.

“Inflation is far too high and it is essential to reduce it,” insisted Janet Yellen.

The Fed is hoping for a “soft landing,” meaning it wants to bring inflation back to its 2% target, without plunging the economy into recession, which would cause unemployment to spike.

“I believe there is a way to get there. […] In the longer term, we cannot have a solid labor market without inflation under control,” said the minister.

While the GDP of the world's largest economy s contracted in the first two quarters of 2022, which is the classic definition of a recession, she again asserted that it was not.

“We are not in a recession. The labor market is exceptionally strong. […] There are nearly two vacancies for each worker looking for a job,” assured Janet Yellen.

The job market remains very tight with a significant labor shortage. The unemployment rate, however, rose a little in August, to 3.7%, in part because the participation rate rose, a sign that many workers left on the side of the road by COVID-19 are returning to the job. market.