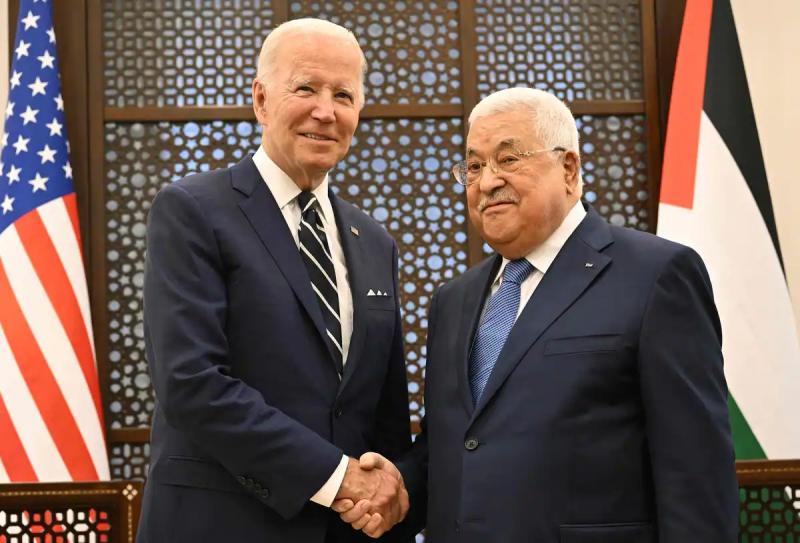 BETHLEHEM | After two days of warm exchanges with his Israeli allies, US President Joe Biden passed on the Palestinian side on Friday to announce economic aid without relaunching the peace process before flying to Saudi Arabia, the high point of his first tour. in the Middle East.

Just before moving to this Gulf monarchy, two new keys fell: Israel said it had “no objection” to the transfer of two strategic islands to Saudi Arabia and the latter then announced the opening of its space air to “all carriers”, including Israeli, a “historic” decision for Joe Biden.

These two initiatives could, according to analysts, pave the way for a possible rapprochement between Saudi Arabia and Israel, a country which notably normalized its relations in 2020 with two allied countries of the Saudi kingdom: the United Arab Emirates and Bahrain.

The Saudi announcement came before Mr. Biden's unprecedented Tel Aviv/Jeddah direct flight, the first of its kind between Israel and Saudi Arabia that does not officially recognize the Jewish state.

Before going to Jeddah in the afternoon, Mr. Biden visited the Augusta Victoria Hospital in East Jerusalem, the Palestinian sector of the Holy City occupied by Israel, where he announced $ 100 million in aid to the local hospital network.

Then he met in Bethlehem, in the West Bank, Palestinian territory occupied by Israel since 1967, with Palestinian President Mahmoud Abbas.

Joe Biden announced a project to switch to 4G in 2023 the internet connection on wireless networks in the West Bank and Gaza, a Palestinian enclave under Israeli blockade, where respectively 3G and 2G reign, which complicates the digitization of the economy.

And he promised an additional contribution of 200 million dollars for Unrwa, the UN agency for Palestinian refugees.

While he reiterated that the conditions were not met to relaunch the Israeli-Palestinian peace process, stalled since 2014, he nevertheless suggested that this impasse could not continue.

“We do not never give up working for peace. There must be a political horizon that the Palestinian people can at least see or feel for the future. We cannot allow desperation to mortgage the future,” Mr. Biden said during a press briefing with Mr. Abbas.

Mr. Abbas insisted on political measures, rather than economic ones, in order to put an end, according to him, to Israeli “apartheid” in the Occupied Palestinian Territories.

He also asked Mr. Biden to reopen the consulate for Palestinians in Jerusalem, closed under the Trump administration, and to blame Israel for the death of Shireen Abu Akleh, the Palestinian-American journalist killed on May 11 while covering an army operation in the West Bank.

The Ghost of Khashoggi

A devout Catholic, Mr. Biden then went to the Basilica of the Nativity in Bethlehem, to complete his visit to the Holy Land before tackling the most strategic and perhaps also the most complex side of his journey, the Saudi Arabia.

Still a candidate, Joe Biden had promised to make the Gulf oil monarchy a “pariah” because of the assassination of Saudi journalist and critic Jamal Khashoggi. And once elected, he declassified a damning report on the accountability of Saudi Crown Prince Mohammad bin Salman (MBS).

In Jeddah on Friday, Mr. Biden will meet King Salman and then join his team in talks with MBS, the kingdom's de facto ruler, and Saudi ministers.

Joe Biden seeks both to stay loyal to his defense of human rights and to convince the oil kingdom to open the floodgates of its production. At stake: lowering the price of a gallon of gasoline as the midterm elections approach in the United States.

Saturday, Mr. Biden will take part in a summit of the leaders of the Arab monarchies of the Gulf which will also be attended by other Arab leaders.

An opportunity to push forward the normalization initiated by Israel with several Arab countries, with the aim of confronting Iran, which has not failed to point out to him on Thursday Israeli Prime Minister Yair Lapid.

“Mr. President (Biden), you will meet the leaders of Saudi Arabia, Qatar, Kuwait, Oman and Iraq. I would like to tell them all: our arms are open wide for peace!”