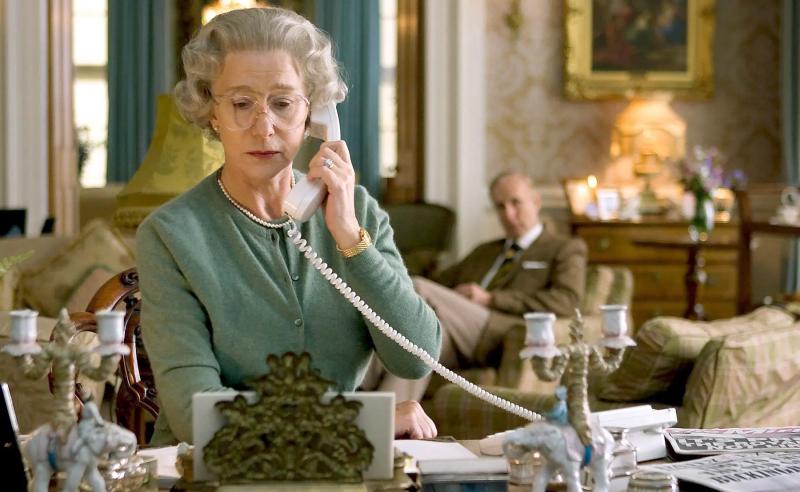 During her 70-year reign, Elizabeth II has been portrayed by many renowned actresses. From Helen Mirren to Emma Thompson, here are five actresses who have immortalized the queen on the small and big screen.

Helen Mirren in The Queen

The great British actress Helen Mirren won an Oscar, a Golden Globe and an interpretation award at the Venice Film Festival for her performance as Queen Elizabeth II in Her Majesty the Queen (The Queen), a drama by Stephen Frears released in 2006. Scripted by playwright Peter Morgan, a great connoisseur of the history of his country, the film brushes a delicate portrait of the Queen during a difficult period of her reign, in the days following the death of Lady Diana.

Claire Foy in The Crown

The best way to discover the Queen's youth is certainly to rewatch the first two seasons of The Crown, Netflix's excellent historical series broadcast since 2016. Actress Claire Foy perfectly embodies the young Elizabeth II when she accedes to the throne – at only 25 years old – and during the first years of her reign, as she had to learn her new role as queen. This performance won Claire the Golden Globe for Best Actress in a Drama Series in 2017.

Olivia Colman in The Crown

As much Claire Foy is impeccable in the skin of a young Elizabeth II, as Olivia Colman is masterful in the guise of a more mature and assertive queen in seasons 3 and 4 of The Crown, which depicts the period from 1964 to 1990. The actress shines particularly in the scenes of heated exchanges between the queen and Margaret Thatcher, camped by Gillian Anderson. In season 5, expected on Netflix in November, it will be the turn of actress Imelda Staunton to slip into the shoes of the queen for the period covering the 1990s and 2000s.

Emma Thompson in Walking the Dogs

Actress Emma Thompson also played Queen Elizabeth II in the British TV movie Playhouse Presents: Walking the Dogs, which was released in England in 2012. The film chronicles the events of July 1982 at Buckingham Palace, when a man with schizophrenia, Michael Fagan, broke into the residence of the royal family and the queen's bedroom.

Although she is little known to the general public, Jeannette Charles has spent more than 40 years playing the queen Elizabeth II in several films and TV series made between 1974 and 2014. Her most notable appearances remain in popular comedies L 'agent pranks, Hello Holidays 2 and Austin Powers versus the man with the golden member.