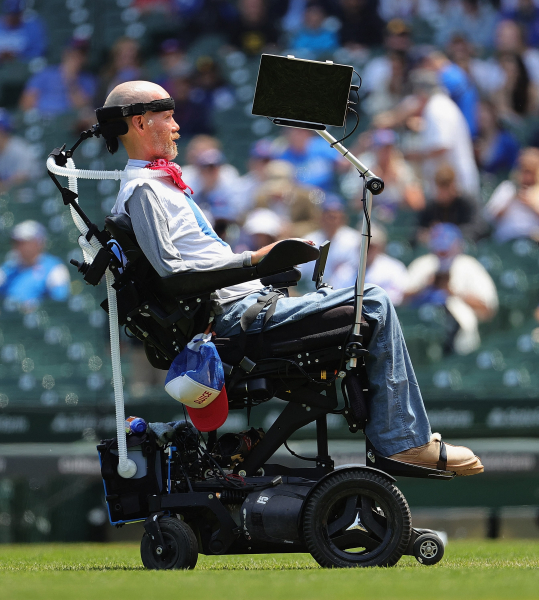 Professional athletes are our everyday superheroes.

These women and men mark the imagination with their exceptional physical prowess. Some of them have even revolutionized their sport by becoming larger than life. Discover the story of these athletes who used all their strength and resilience to face the challenge of their lives.

Now, in 1939, the Iron Horsebaseball player develops a very rare nervous system disease. He became one of the first public figures to develop amyotrophic lateral sclerosis (ALS), a disease that gradually disconnects the brain from the motor and vital functions of the body. Life expectancy is between 3 and 5 years.

Shortly after retiring in 1939, Lou Gehrig delivers a moving speech at Yankee Stadium in which he thanks the public and his teammates. He then describes himself as “the luckiest man in the world”. He was inducted into the Baseball Hall of Fame the same year.

He died of his illness two years later at the age of 38.&nbsp ;

In 1942, the film The Pride of the Yankees was made in his honor. ALS also bears his name.

Steve Gleason scored the NFL. The one who played for the Saints from 2000 to 2008 is considered by many a hero of New Orleans.

He participated on September 25, 2006 in one of football's greatest moments. American. At the time, the Saints were recovering from the catastrophic passage of Hurricane Katrina. The New Orleans team returned to their stadium, ravaged by the violence of the storm, to face the Atlanta Falcons.

During the match, Steve Gleason blocked a punt which allowed the Saints to recover the ball and score. Gleason's initiative inspired the Saints to win 23-3. The game was so spectacular that the NFL named it the greatest moment of the decade in 2009

However, a few years later, the life of the hero of New Orleans will take a turn dramatic.

In 2011, Gleason was diagnosed with amyotrophic lateral sclerosis (ALS). He was then 34 years old. He announces the news publicly on the fifth anniversary of the streak that made him famous.

Steve Perrin, head of ALS research at Cambridge, noted 27 cases of the disease among NFL veterans in recent decades. Even if this number is abnormally high, research is not advanced enough to understand how the disease develops.

Despite everything, Steve Gleason was not let down. He replaced the physical faculties he was losing with technologies that helped him move and communicate.

He also founded the Team Gleason, a foundation that raises funds to advance research and provide services to people with the disease. In 2015, Barack Obama passed the “Steve Gleason Act”, which integrated into his “Medicare” plan support for access to these essential technologies for patients

The legendary American boxer marked his generation. The Louisville, Kentucky native dominated his opponents throughout the 1960s and 1970s.

His spirit and verve made him an icon not only for his sport, but also for a whole community of young African-Americans who dreamed of emancipating themselves from a segregationist society.

However, the glory of Mohamed Ali eventually caught up with him when he developed the first symptoms of Parkinson's disease in the late 1970s. His last fights in 1979 ended in bitter defeats. In 1984, he finally received his diagnosis.

According to a study published in the magazine Neurology , concussions can increase the risk of developing Parkinson's disease. We can deduce that the many blows to the head that the boxer received throughout his career contributed to the development of his disorder.

The decline of the one we nicknamed The Greatdeeply moved fans around the world. His appearance at the Olympic Games in Atlanta in 1996, where we see him lighting the Olympic flame, showed all his fragility in the face of illness.

An excerpt from a show that aired on Fox News in 2013 has gone viral on social media. We see the meeting of Mike Tyson, another boxing legend, and Mohamed Ali. Tyson can be seen imitating his idol's famous footwork.