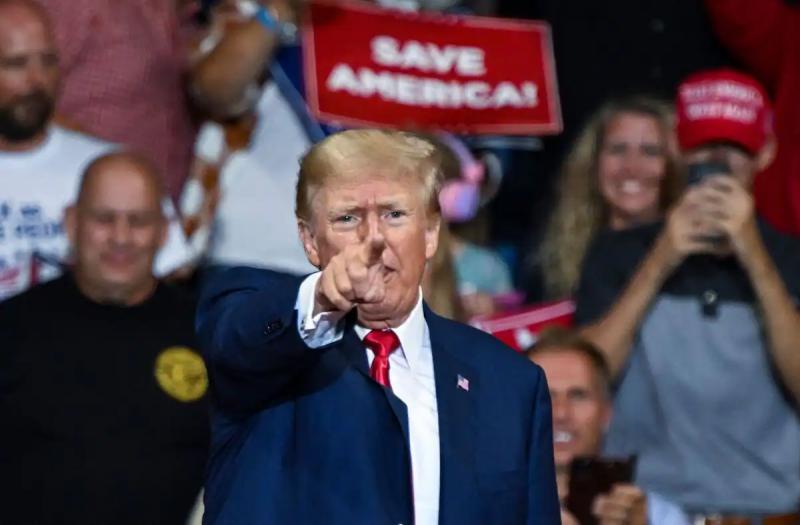 In his address last week to Independence Hall, Joe Biden referenced those Republicans who aren't “MAGA,” who are fed up with this dangerous circus in which the 45< /strong>he president has trained his political party.

Very difficult sometimes to count and identify them. Too often discreet, they have left the Republican Party or fear the opprobrium of the most exalted elected officials who never shrink from dirty tricks or threats.

While some hide out of fear, others do so out of political expediency. Even though Democrats have controlled the presidency and both chambers since the 2020 election, Republicans are expected to regain the chamber in 2022.

Let us add that if the picture was gloomy in Washington after the most recent presidential election, the Republican domination in the States is impressive. They are in the majority in 30 of the 50 states and that is where the rules of the electoral game are decided.

It therefore takes a good dose of courage, a long-term vision and principles hardened in steel to dare to row against the tide in opposing Trump and his assessors. Breaking free from the godfather then goes through a brutal internal conflict and the possibility of an electoral defeat.

Despite what I have just written, it is not just Liz Cheney or Adam Kinzinger who denounce the drift of their party and the influence of Trump. It is estimated that 3% to 5% of Republican voters would rather not show up on Election Day or, worse, vote against the former president.

Does that seem like little to you? That's enough to derail the train. Yesterday, Greg Sargent from The Washington Post also shined the spotlight on The Republican Accountability Project, a group of conservatives who work to expose hardline Trumpists.

A PAC (political action committee) supports their efforts by funding operations to defeat the most dangerous candidates. That's millions of dollars in publicity used to discredit a dozen propagandists of the “big lie”.

Among those who ardently wish Trump out, there are those who encourage disappointed Republican voters to ally themselves, if only temporarily, with the Democrats. Not for nothing did Joe Biden spare them last week.

If the resistance is organized within the Republican Party, however, I fear that their efforts will come very late and that they will be doomed to failure , at least in the near future. Trump can be beaten, but getting rid of Trumpism is a colossal challenge.

I have repeatedly emphasized that Trump's gift was to channel this mixture of anger and misinformation, but the trend preceded his arrival on the political scene. Many populists are agitated behind the scenes, dreaming of Trump's departure to surf on the discontent with the elites, including those of the Republican Party.