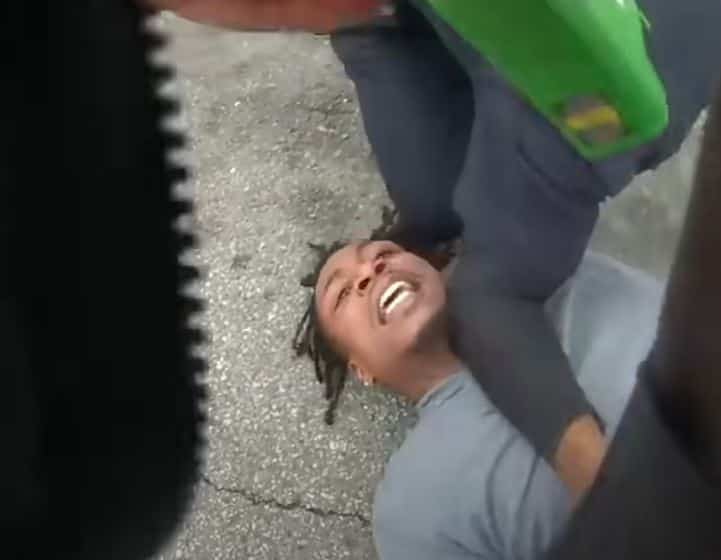 More than two years after the murder of African American George Floyd by a police officer, another case of police brutality raises questions in the United States.

Videos of the police intervention that led to the death of 31-year-old teacher Keenan Anderson in Los Angeles on January 3 circulated on social networks. The black man became agitated during the procedure.

"Shocking images show Keenan Anderson , a black high school teacher begging for his life as the police🇺🇸 repeatedly tasered him several hours before his death."
➡️No political recovery🤡 because it's not the right in power but the gauchiasserie. pic.twitter.com/T8QKGIA3pf

He had previously been involved in a traffic accident. Appearing to exhibit erratic behavior, he then headed for the road. The authorities therefore decided to use force to subdue him.

While the man was on the ground, the officers shot him four times in the back in 33 seconds with a taser electric (taser gun).

In one of the videos, Keenan Anderson asks for help on several occasions as the officers try to subdue him.

“They are trying to do the same thing as George Floyd with me,” exclaimed the man who worked in Washington D.C. and was visiting Los Angeles.

He was handcuffed before the arrival of paramedics. He ultimately died in hospital four hours later after suffering cardiac arrest.

Keenan Anderson is the cousin of Patrisse Cullors, co-founder of the Black Lives Matter movement.

“It's going to be difficult to convince a judge”

A Northern California congressman and top state adviser on police tactics, Ed Obayashi, criticized the intervention in an interview with Los Angeles Times.

“ It will be difficult to convince a judge that these officers used reasonable force, he said. Looking at the images, he does not threaten the police. The victim indicated that he was not resisting. What could be considered resistance is the body's automatic reflex to the painful application of the Taser.”

Retired police officer Walter Katz also expressed serious reservations. Katz said the victim could not comply with the order of the officers after the first use of the weapon.

“The first application of the Taser is such that, if effective, it will contracts the muscles, so that the person cannot move, and makes them unable to comply with this order, he explained. […] It was a bad decision by the police officer to use the repeating weapon.

The Los Angeles Police Department (LAPD) has opened an investigation into the intervention .