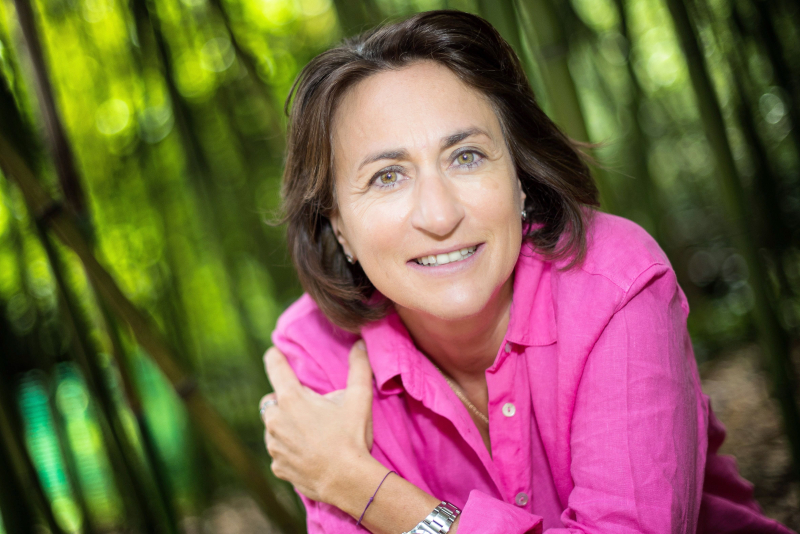 In a highly anticipated third novel, Maud Ankaoua accompanies her loyal readers on the paths of love, including self-love. She recounts the challenges faced by Constance, a young lawyer who will have to learn the hard way to establish her priorities and replace her values. As a trial period for a dream job, she will have to travel the famous pilgrimage route to Compostela for three months. A transformative experience.

Constance undertakes – a little backwards – to travel the mythical route to Compostela, which stretches from France to Santiago de Compostela, in Spain. A mythical path, taken by thousands of pilgrims since the Middle Ages, which crosses breathtaking landscapes and cities steeped in history.

However, she can hardly imagine walking the 1365 kilometers that separate Paris from her goal, in the northwest of Spain. And she struggles to get away from the man she loves, Lucas.

As the stages and encounters go by, Constance lets herself be taken in by the magic of the journey. She befriends two other hikers, Louise and Manon. The more she walks, the more she becomes aware of her love addiction, develops an interest in others and finally learns to choose herself.

Maud Ankaoua, true to herself, embarked on the Camino de Santiago to live the experience fully.

“When I write, 90% of my books are true,” she reveals in an interview.

“The locations are real, the supporting characters are real. I am a very bad novelist because I do not invent stories: I live them. I need to live them. I use a lot of things that are around me. Of course, I do Compostela. I even take readers to Compostela. And Compostela, I've been doing it for years,” she says, explaining that she walked the French portion from Le Puy-en-Velay, and would like to do the whole trip one day.

Before being a hike, Compostela is a pilgrimage, she explains.

“I do it in an approach that is not necessarily religious, but there is a very spiritual path around Compostela. I bring readers from all over the world – there are even two Quebecers who came from Montreal this summer to do Compostela with me. The idea is to share with an open heart what we are going through, a bit like I say in the book.

“For me, it's a life-saving path that it is to do it alone, to do it as a couple, in a group too. It's always a very special moment, Compostela.”

Constance, the heroine of the novel, is reluctant at first and not happy to wear sports clothes or eat with strangers. She must learn to put luxury and barriers aside. And she has to face her fears.

“It’s amazing because we arrive at Compostela with all our fears. This is why our backpacks are often loaded at the start. And the more we walk, the more we realize that we have the essential in us, in our heart. We don't need much on the way because we can already find food, we can sleep in lots of places.”

“We leave with kilos and kilos because we are afraid of a lot of things. All we carry on our backs are our fears. And they are very heavy, when you walk for several kilometres. When we remove all these fears, we become lighter because there is not much left in the bag! The essential.”

“ At the end of the afternoon, Constance passed the sign indicating the arrival at Montbonnet, a charming little village in Haute-Loire, most of whose houses retained the character of exposed stones. She was exhausted after walking for eight hours straight. She had walked alone all day, nibbling on a sandwich on the terrace of a cafe for lunch, taking a few breaks in the meadows, but above all she had spent her day brooding over dark thoughts about Lucas. Fortunately, the Escole gite where she was to spend her first night was not far away. A woman in her sixties, brown hair, medium height, fair skin, and hazel eyes, greeted him warmly.

— Congratulations, you just finished the first stage which is undoubtedly the most difficult.