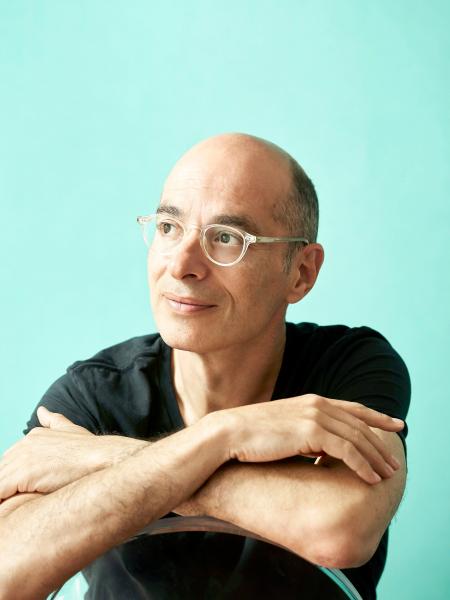 Fascinated by the richness of the teachings of the Tarot of Marseilles, the writer Bernard Werber uses them to reveal parts of his life in his new book, Mémoires d' an ant. This useful, uncompromising, entertaining autobiography, sometimes funny, sometimes sad, is a must. A must-read book, cover to cover. The cult author, who has sold several million copies worldwide, remains down-to-earth in the face of 30 years of writing and demonstrates that being a visionary is not always easy to live with.

Since the publication of his novel Les Fourmis,30 years ago, Bernard Werber was one of the most widely read novelists in France. It is translated all over the world, notably in Russia and South Korea, where it is a true cult author. In 30 years, he has published 30 novels and 30 foreign language editions.

In these Memoirs of an Ant, this remarkable man, a free thinker, of great kindness , entrusts us with his secrets and the highlights of his life, guided by the mysteries of the Tarot de Marseille.

Throughout the pages – and the mysteries of the tarot – this generous writer recounts his sources of inspiration, the origins of his characters and his novels, his travels, his encounters, good and less good, his rich and intense inner life. He even shares tips and tricks for getting to know yourself better through writing.

Tarot as a Tool

Bernard Werber approaches each of the chapters of the book with a tarot card and draws parallels with his life, his creative process, his sources of inspiration, his pitfalls, the many challenges he faced. The tarot is for him a tool of creation and personal development, since his meeting with a great master of the tarot, Alejandro Jodorowsky.

“It was he who made me understand that in In fact, any situation corresponds to an arcana of the tarot. I suspected it a little, but he added a magical dimension. I have the impression that with the cards, we connect to the invisible and the invisible connects to us. It fascinated me a lot. A lot of my work is about what can exist in the unseen world,” he says in an interview.

“What I like about tarot is that it is a structure. I use a geometric structure to place the cards and it almost corresponds, already, to a romantic structure. »

“It's not just predicting the future, a witch or wizard thing: it's a structure of archetypes. It is also a way of saying that everything that happens to us happens to others. The proof is that those who wrote the tarot must have lived through similar situations.

He takes as an example the Lover card: that of choice. “We have all found ourselves at some point in our lives hesitating. We go left, we go right… knowing that the old world is reassuring and the new world is scary. It's one of the cards that I find fascinating: it's already a novel in itself.”

Bernard Werber adds that he used the tarot so much that he integrated it into his writing process.

” I will always put a situation that corresponds to the choice or the death/rebirth, or the card of success with the World. There are always people who find themselves on their own like the Hermit or stuck like the Hangman. »

He also happens to draw the cards for others. “When people tell me their problems, I draw the tarot card from them and I tell them: I am not telling you about your future. I explain your present to you. I don't think anyone knows the future. »

“ After The Sixth Sleep, a book I had written to try to understand my insomnia, I proposed a novel on the other theme that concerned me: the extension of life. The title of this project was “The 1000 Year Old Man”. I thought that maybe I had once lived 821 years, and I was looking for how to regain this ability in the future. It amused me to imagine a mind with hundreds of years of hindsight. He would necessarily know how to put everything into perspective. »