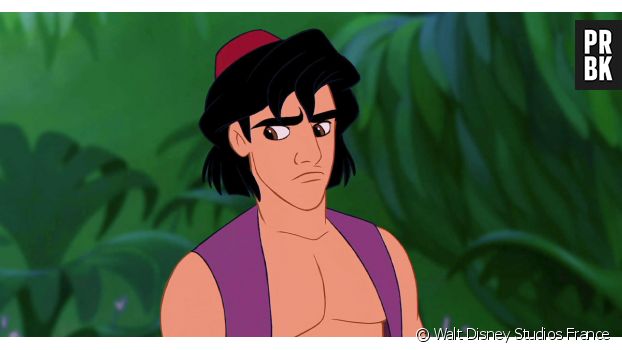 Released in 1992, Aladdin is one of the most popular Disney films from the famous studio. If he was entitled to several sequels, and also to a reboot released in 2019, theories continue to circulate, even 30 years later. And surprise, the directors confirmed one of them.

After their releases, Disney films are often talked about on the networks, and give rise to a lot of theories. Some are rather crazy like in Finding Nemo: some are convinced that Nemo is in fact dead from the start of the film. But not all of them are so improbable. After the release of Frozen, Disney fans came up with a crazy idea: Anna and Elsa would be Tarzan's sisters. A theory that was finally denied by one of the producers. Another popular theory concerns the movie Aladdin, released 30 years ago.

This Aladdin theory that will make you see the movie differently

So what theory is it ? According to some fans, the genie is actually hidden from the beginning of the film, in the very first scene. A theory that has been circulating for decades and, after going through forums and all kinds of conversations between friends, has resurfaced on social networks, especially on TikTok where several accounts have mentioned this theory recently.

>> Did the movie Coco confirm that The Incredibles died after the second movie? The Theory That Will Make You Cry <<

Over the years, many fans have come to the conclusion that the seller of the first scene is actually genius. What makes them think that? Both are entirely dressed in blue, have a goatee and a red ribbon around the waist. And they're also the only characters in the movie to have four fingers. Plus – and this is a big clue – both were voiced by the legendary Robin Williams.

Ron Clements and John Musker, the directors of the film, did not prolong the mystery: they confirmed this theory. “It's true!,” Ron Clements told E! News. “That was our original intention. We even did a scene for the end of the film where the salesman was shown as the Genie and of course Robin Williams also voiced the character. But with the changes in the story and the editing, we removed that revelation. So it became an urban legend that is actually true” he said.

>> Disney TEST: answer these 7 questions, we'll tell you which princess you are <<

If the fans were right on this one, that's not the case with all the theories around of the movie. Another that keeps circulating on social media is that Aladdin takes place in a post-apocalyptic future, which is completely untrue.

This article was written in collaboration with our colleagues at Sensacine.