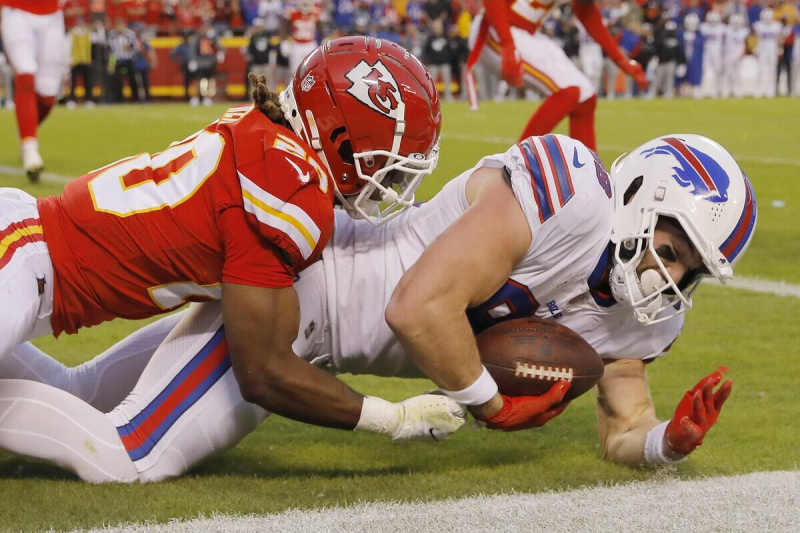 The Buffalo Bills got their revenge on the Kansas City Chiefs with a 24-20 victory Sunday at Arrowhead Stadium.

It was the first time that the two excellent teams had met since the epic duel they had fought in the last qualifying rounds. Quarterback Patrick Mahomes' club won the one-night stand 42-36 in overtime.

Once again, both teams put on a great show, but the Bills (5-1) got the best. Trailing by three late in the fourth quarter, Buffalo rushed for 72 yards on 12 plays for the game-winning major, via a throw from Josh Allen to tight end Dawson Knox in the pay zone. p>

The Bills, however, gave Mahomes 64 seconds, but Mahomes fell short. Number 15 saw one of his passes end up in the hands of cornerback Taron Johnson. It was the second time in this duel that he was the victim of a larceny.

In the loss, kicker Harrison Butker set a Chiefs record (4-2) with a field goal of 62 yards.

The Rams come out of their torpor

At SoFi Stadium, the Los Angeles Rams scored 17 unanswered points in the second half to seal a 24-10 win over the Carolina Panthers.

The defending Super Bowl champions put end to a series of two losses. Quarterback Matthew Stafford also showed that he was capable of rolling up his sleeves, after being the victim of an interception brought back for a touchdown during the first half of the game.

The pivot concluded his duel with 26 completed passes on 33 attempts for 253 yards and a major. The Rams' second-half touchdowns (3-3) were scored by Ben Skowronek and Darrell Henderson Jr.

At the Panthers (1-5), quarterbacks PJ Walker and Jacob Eason attempted just 21 passes for 110 yards. On the ground, Christian McCaffrey was limited to 69 yards on 13 carries.

The “Cards” attack at neutral

At Lumen Field, the he Arizona Cardinals offense scored zero points and the Seattle Seahawks won 19-9.

Losers' quarterback Kyler Murray didn't have a bad game though. He amassed 222 yards with his arm and 100 yards with his legs. He did, however, throw an interception. The Cardinals (3-3) have now suffered three losses in their last four outings.

For the Seahawks, running back Kenneth Walker III pleased those who dressed him in their ” fantasy football” crossing the goal line in the fourth quarter. Kicker Jason Myers scored the other points for the winners with four field goals.