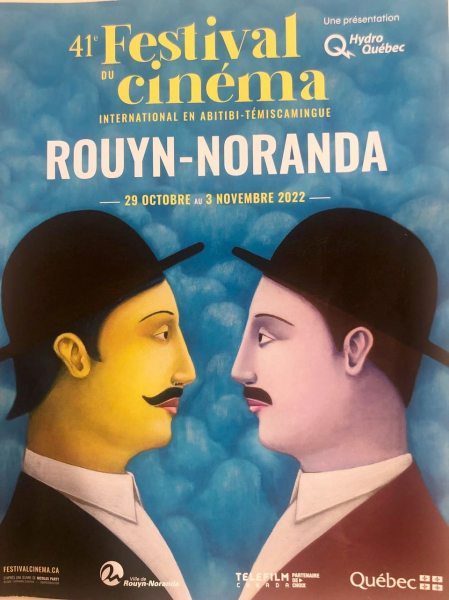 Radio-Canada has too often pulled itself out of an untimely decision for it to be like this again.

Ending the cinema gala while Quebec cinema is perhaps experiencing its best days, the very month when three film festivals are underway in Quebec, this is proof that Radio-Canada is disconnected from the milieu and does not care about the cultural role that she has to play.

While the public broadcaster turns up its nose at the Quebec cinema gala, the Cinémania festival, which opens tomorrow in Montreal until November 13, is adding a “Films du Québec” competition to its program. Eleven feature films will be presented, including Chien blanc, by Anaïs Barbeau-Lavalette, which will open the event and compete in the international section.

This will be followed by the 25th edition of the International Documentary Meetings, which will take place in Montreal from November 17 to 27. 134 films from 49 countries will be presented, including a national competition between seven Canadian feature documentaries. Despite what Radio-Canada seems to think, cinema plays a major role here. Forty-nine countries have entered 134 documentaries for these encounters, which make a special place for emerging filmmakers. This year, 58 of them, including 27 from foreign countries, will present a first or second work.

While Radio-Canada announced without any consultation, neither with the community nor with Telefilm and SODEC, without which our cinema would not exist, it was the excitement in Rouyn-Noranda. Jacques Matte and his two accomplices, Louis Dallaire and Guy Parent, prepared with a hundred volunteers the 41st edition of the International Film Festival in Abitibi-Témiscamingue.

As I write these lines, I am still in Rouyn. This is only the second time that I have attended this festival whose notoriety has long since exceeded the borders of Abitibi and Quebec. The festival showcased dozens of works and directors from Quebec and abroad. The current edition presented the North American premiere of the animated feature film The Pharaoh, the Savage and the Princess, by director Michel Ocelot, the comedy Zaï Zaï Zaï Zaï by François Desagnat and several world premieres, including Waiting for Raifby Luc Côté and Patricio Henriquez, the short film Avorton de veau by Julie Dallaire and, above all, the film adaptation of the hit play by François Archambault, You will remember me. Rémy Girard gives a masterful performance, as does the young actress Karelle Tremblay. The very successful and touching film by Éric Tessier is in great danger of winning top honors and the Hydro-Québec prize.

The festival is teaching me a lesson

< p>The Rouyn-Noranda festival has for years nurtured the taste for cinema among thousands of Abitibi residents. You have to see the Théâtre du copper filling up from morning until night, each day of the festival, to realize that the cinema in theaters is far from being out of breath.

My readers know that I have often doubted its survival, especially since the pandemic. These few days in Rouyn, surrounded by spectators of all ages, so happy to find themselves in a crowded room to discover new films, convinced me that indoor cinema is far from dying.

It would be enough for the management of Radio-Canada to spend a single day at the Rouyn festival to realize that there are far too many Quebec moviegoers for it not to reconsider its deplorable decision to end a gala that celebrates our cinema.