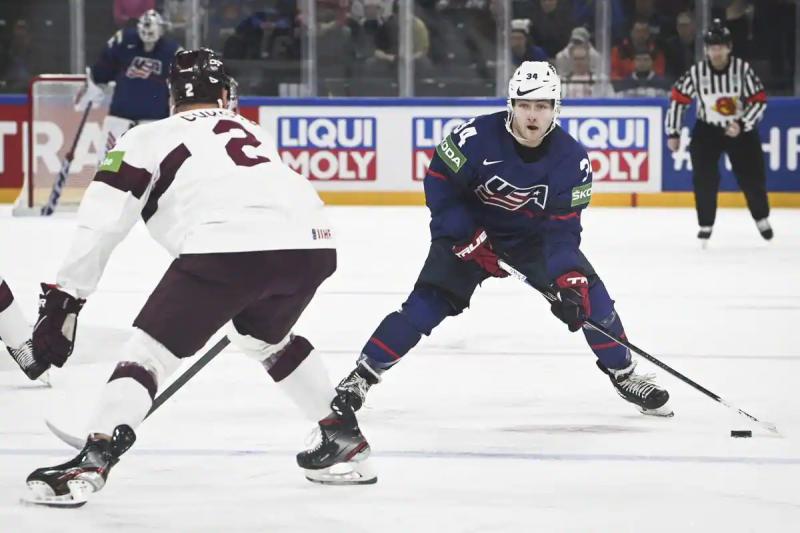 If the Montreal Canadiens asked Juraj Slafkovsky to skip the World Junior Hockey Championship so he could properly prepare for his training camp, the San Jose Sharks , they have given the green light to their jewel Thomas Bordeleau so that he can finally represent the United States.

The son of former CH player Sébastien Bordeleau should be in able to shine in the tournament presented in Edmonton, from August 9 to 20, after having been forced to miss the first two editions in which he was to participate. Each time, the COVID-19 pandemic has hampered the 20-year-old forward.

However, why risk an injury a few weeks from the start of the National Hockey League season, especially since a position in the big club is probably reserved for him?

“It’s simple, he explained to the Bettman circuit site. I have a chance to represent my country once again. What happened to me the first two times was pretty disappointing, so this is my chance to pick myself up.”

After being an important cog for the University of Michigan Wolverines in 2021-22, the American impressed on his professional debut. He couldn't find the back of the net, but had three assists in two American Hockey League games, then five in eight games in a Sharks uniform.

According to the principal concerned, the key to excelling in the best hockey league in the world is consistency.

“You have no room for error, in fact. You make a careless mistake, and the puck ends up in the back of your net. In the college and junior ranks, you can get away with it, but not in [the NHL].”

Bordeleau is part of a select group of players who took part in the World Championship before participating in the World Juniors. He scored two goals in eight games in May and was able to play for the first time under new Sharks head coach David Quinn. He also said he was excited about the idea of ​​“starting fresh” and taking advantage of the “many changes” within the Californian organization, which notably made Mike Grier its new general manager.

While waiting to don the turquoise color this fall, Bordeleau, 5'10″, 175 lbs., said his goal is to improve his physical strength.

“I just need to get stronger, he concluded. For example, I need to become more resilient in one-on-one battles. I need to be more explosive, faster, stronger, just to be ready to compete with men.”

“I think having a lot of playing time [at the World junior] will get me ready for camp.”