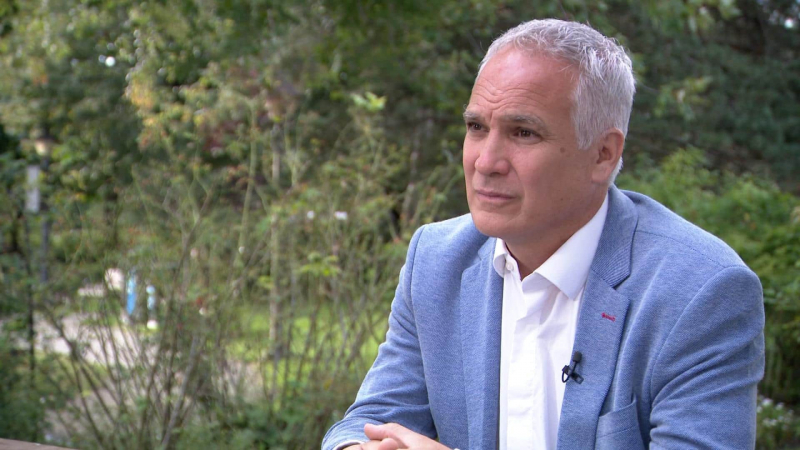 The Sûreté du Québec (SQ) is investigating several attempts to intimidate outgoing MP Éric Lefebvre. The CAQ candidate in the riding of Arthabaska received a visit from a group of demonstrators in front of his residence in Victoriaville.

Last Thursday evening, shortly before nightfall, a procession of about thirty vehicles displaying the flags of Quebec and Canada, upside down, presented themselves in front of the residence of the former chief government whip Legault located in a cul-de-sac.

“It was the fuck Legault, fuck Lefebvre and freedom, freedom!” Then, we took the time to stop in front of my house and that's where all the frustration mounted, ”says Éric Lefebvre in an interview with our Office of Investigation.

Mr. Lefebvre was at home with his wife and 16-year-old daughter-in-law.

In two videos of less than a minute viewed by our Investigation Office, vehicles drive slowly in front of Mr. Lefebvre's house, constantly honking their horns and shouting inaudible words at the CAQ candidate.

Although the majority of the shouting is drowned out by the sound of horns, a driver in an SUV points in the direction of the outgoing MP while shouting a “What the fuck!” thunderous.

“When we do politics, we give ourselves body and soul for our population. We sacrifice a lot of time with our families and with our friends and the only small place where we can take refuge is our residence and there, I really have the impression of having been violated in my intimacy”, laments he.

The scene was partially filmed by the former municipal councilor of Victoriaville. We see his wife rushing to the street to film the license plates of unexpected visitors. “Make sure you don't get seen,” her husband tells her to protect her.

The couple filed a complaint with the SQ. Since the beginning of the year, 221 cases of threats against politicians have been reported. According to our sources, there would be a sharp rise since the election was called.

“You're going to steal my crisse”

The events of last Thursday are the breaking point of campaign marked by threats in this riding of Centre-du-Québec, says Éric Lefebvre.

On August 31, a vehicle allegedly tried to cause the car driven by the politician's driver to leave the road on Jutras Boulevard in Victoriaville. He is traveling in an SUV painted in the colors of the political party.

On September 3, Mr. Lefebvre reportedly found one of his vandalized election posters along the same boulevard. It bore the inscription “Freedom” and the Swastika, the swastika, a symbol of Nazi ideology.

On September 4, at the Inverness Beef Festival, a group of men reportedly suggested the MP write his name on a piñata so he could bat on it. “You're going to steal my criss,” said one of them.

The same evening at the Cowboys Fringuant show in the Bigarré de Victoriaville parking lot, a man allegedly accosted the chosen one in him making threatening remarks.

Éric Lefebvre, who is seeking a third term, deplores the consequences of these acts of intimidation on his daughter-in-law, the evening of the unexpected visit of the convoy of vehicles. The teenager has a moderate intellectual disability.

“For four years, she had been making small progress…. she was now able to take the taxi-bus (by herself). It will be difficult to know how many steps back we will take because of this event. Already, the next day, she didn't even want to go outside the house… When a car passed in front of the house, she said to me: Éric, are they coming back?” says the candidate with a lump in his throat with emotion.

On a video provided by Mr. Lefebvre, which is not intended for publication, we see the 16-year-old girl in the grip of a real panic attack in the arms of his mother who tries to appease him.

The MP, also a lecturer in schools in his area, refuses to blame his political opponents for this series of threatening events.< /p>

“Young people are often told to think about the consequences of your actions. Well, today, I'm asking adults,” he concludes.

Our Bureau of Investigation questioned the five main parties to find out how many of their candidates had experienced threats. similar?

The Conservative Party of Quebec claims that two of its activists were victims of stabbing attacks and some of their candidates were intimidated.

The Parti Québécois deplores only a few vandalized posters. Québec solidaire and the Liberal Party of Québec did not respond to our requests.