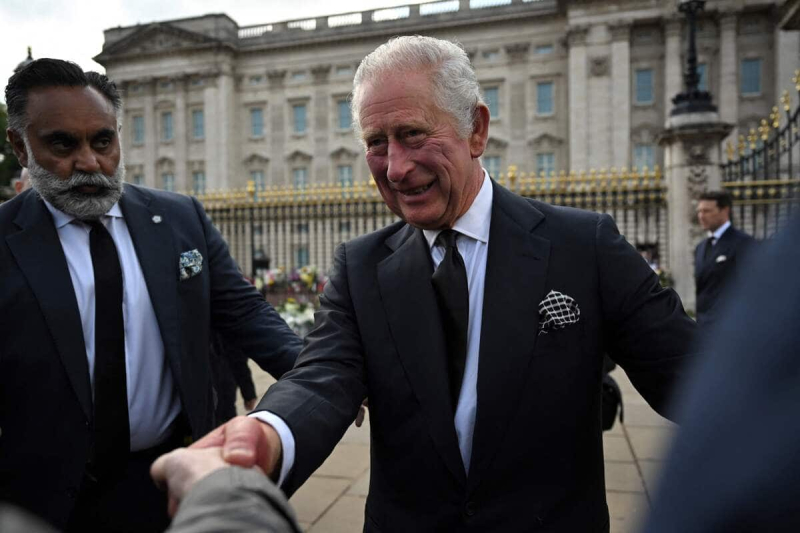 Buckingham Palace began unveiling on Saturday the program for the three days of festivities on the occasion of the coronation of King Charles III: after the ceremony on May 6 at Westminster Abbey there will be a concert of stars, a national “big breakfast” and initiatives to promote volunteerism.

The coronation of Charles, 74, will take place eight months after the death of Queen Elizabeth II, who died on September 8 at the age of 96.

Buckingham wants make “this historic event” a moment of celebration, which gives “the opportunity for people to come together”.

But will the royal family themselves be reunited? Buckingham did not indicate in its press release whether Harry and his wife Meghan, exiled in California, will be present.

The palace has never officially reacted to the prince's explosive book, The Substitute, published on January 10, in which he makes severe accusations against several members of the royal family, in particular his brother William and Queen Consort Camilla.

The coronation is traditionally held in the months following the accession to the throne. This period allows both to observe the national mourning and the royal mourning, and to organize the ceremony.

The last coronation, that of Elizabeth II, dates back to June 2, 1953. For the first time, the ceremony, grandiose, had been broadcast on television and watched by 27 million Britons, for 36 million inhabitants at the time. . It had lasted more than three hours, in front of 8,251 guests massed in the abbey. 129 nations and territories were officially represented.

The coronation ceremony of Charles III will take place on May 6 in the morning, at Westminster Abbey like the previous coronations of British monarchs for 900 years. It will, as tradition dictates, be led by the Archbishop of Canterbury, Justin Welby, the spiritual leader of the Anglican Church.

“The coronation is a solemn religious service, as well as an occasion for celebration and pageantry,” says Buckingham. The ceremony “will be forward-looking, while being steeped in tradition and long-standing pageantry.”

< p>Charles III and Camilla will arrive in Westminster from Buckingham Palace in a procession called the 'King's Procession'. After the ceremony, they will return to Buckingham as part of the 'Coronation Procession', for which they will be joined by other members of the Royal Family.

To conclude this first day, the The King and Queen Consort, accompanied by members of the Royal Family, will appear on the Buckingham Balcony, to wave to the crowd.

The next day will be a concert at Windsor Castle, west London, with “international music icons and contemporary stars”. It will be broadcast on the BBC. Buckingham did not, however, mention the names of the artists who will perform on stage.

Among the audience will be volunteers from charities supported by Charles and Camilla.

In the evening, iconic venues across the Kingdom Kingdom will be illuminated.

The population will also be invited on May 7 to take part in the “grand coronation breakfast”, neighborhood parties to “celebrate friendship”. “Thousands of events” are expected to take place in streets, gardens, parks, according to Buckingham.

These popular celebrations are reminiscent of those held in June 2022 for Elizabeth's Platinum Jubilee , for his 70 years of reign. Across the UK, tens of thousands of neighbours' lunches and picnics were held to celebrate this hugely popular monarch.

On Monday 8th May, which will be a bank holiday, people will be encouraged to volunteer. The move aims to “bring people together and create a volunteer movement that will last beyond coronation weekend,” the palace said.