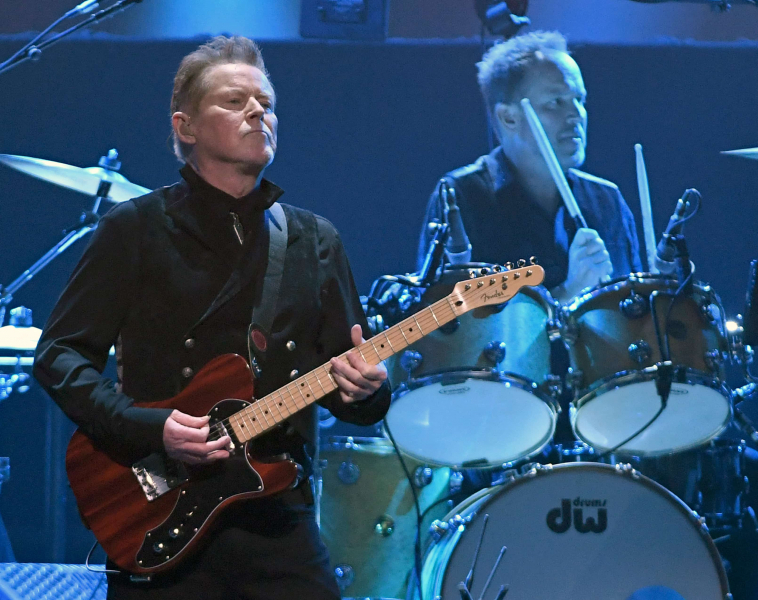 Three men, accused of procuring and seeking to sell one hundred pages of handwritten notes from the Eagles album, “Hotel California,” which they knew had been stolen, were charged in New York on Tuesday, Manhattan District Attorney Alvin Bragg said.

Craig Inciardi, 58, and Edward Kosinski, 59, were charged with criminal possession of stolen property, while Glenn Horowitz, 66, was charged with attempt. All three men have pleaded not guilty.

With the development of the collectors' market, certain pieces that belonged to music or sports stars are selling for more and more. The hundred pages of notes and lyrics written by Don Henley, one of the founders of the Eagles, for the album “Hotel California”, including those of the eponymous song which became a hit, or “Life in the Fast Lane”, are estimated at more than a million dollars, writes the prosecutor Alvin Bragg in his press release.

“Although they knew the documents were stolen,” the three defendants “attempted to sell the manuscripts, fabricated false provenance documents, and lied to auction houses, potential buyers, and law enforcement officials. 'order on the origin of the documents,' he says.

The case dates back to the end of the 1970s, when an author, hired by the Californian rock band to write his biography, steals the notes. According to the Manhattan prosecutor's office, he will eventually sell them to Horowitz, who will then sell them to Inciardi and Kosinski.

Don Henley had tried in vain to recover the documents when he learned that the two men had possession of it. But the latter are accused of having fabricated false documents attesting to a legal provenance to force Henley to buy them back at a high price.

The defendants' lawyers, on the contrary, mentioned “unjustified accusations”, 'they plan to 'fight vigorously'.

'The prosecutor's office sees crimes where there are none and unfairly tarnishes the reputations of respected professionals,' they wrote in a statement forwarded at AFP.