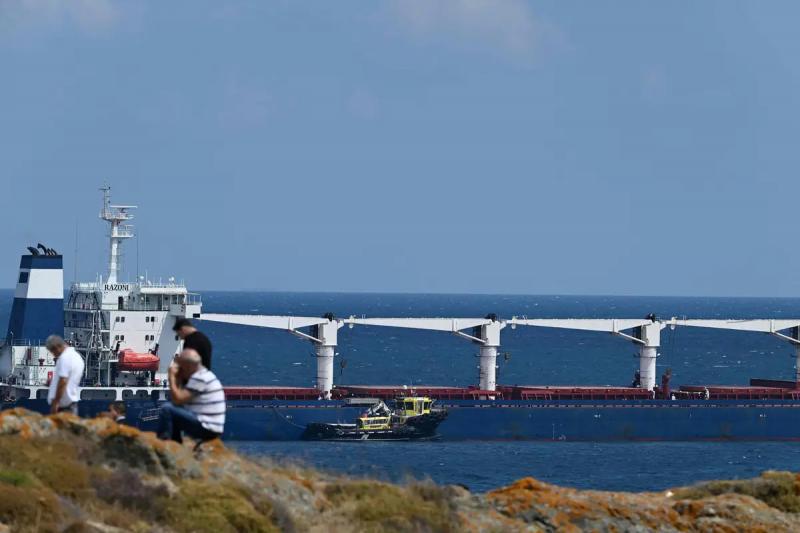 Three new shipments of grain left Ukraine in a convoy on Friday morning, beginning a series of regular rotations to supply agricultural markets, thanks to the international agreement signed in July, the Turkish Ministry of Agriculture announced. La Défense.

These three ships, loaded with corn, will serve Ireland, England and Turkey, the ministry said in a statement.

They are progressing under the watchful eye of the Joint Coordination Center (JCC) established in Istanbul under the terms of the international agreement signed in Istanbul on July 22. Russia and Ukraine signed two separate agreements. The agreement was also initialed by Turkey and the United Nations. It allows grain exports from Ukraine which have been blocked by the war since February 24.

The Navistar, flying the Panamanian flag, left Odessa for Ireland with 33,000 tonnes of maize.

The Rojen, under the Maltese flag, is heading for England from the port of Chernomorsk with 13,000 tons.

The CCC had specified the destination of the boats overnight, Ringaskiddy in Ireland and Teesport in the United Kingdom.

Finally the Turkish cargo ship Polarnet, which was also waiting at the quay in Chernomorsk, is heading for Karasu, a Turkish port on the Black Sea, with 12,000 tons of corn.

This last boat will be “inspected by the joint inspection team north of Istanbul” before joining Karasu, the ministry specifies.

The first grain load aboard the freighter Razoni had left Odessa on Monday and, after its inspection by the CCC at the entrance to the Bosphorus, has been heading since Wednesday for Tripoli, in northern Lebanon.

The Joint Coordination Center explained that it was now attempting “a multi-boat operation” using a safe corridor to cross the Black Sea and avoid potential mines laid by kyiv to protect its coasts.

Based in Istanbul, this center oversees Ukrainian grain exports and oversees the stri application of the July 22 agreement.