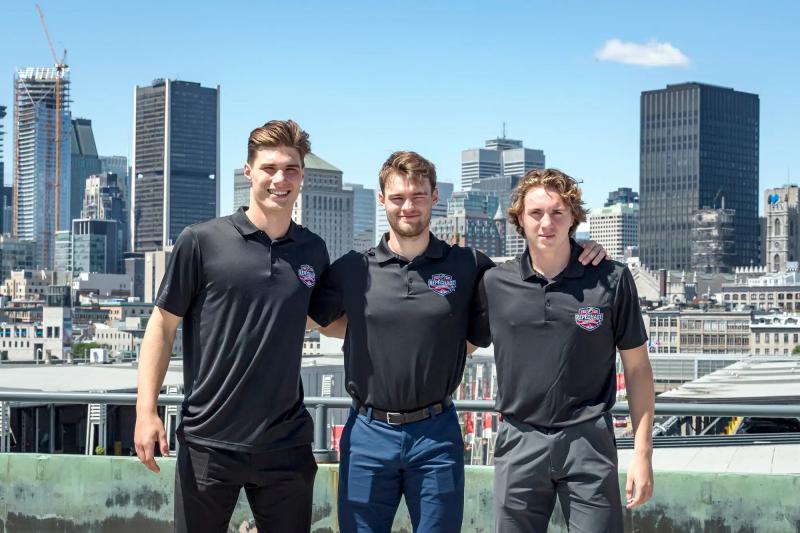 As a postcard, the Canadiens and the leaders of the NHL could hardly find better than the Belvedere of the Center des Sciences. On the eve of the draft, Shane Wright, Juraj Slafkovsky and Logan Cooley met the media at this bucolic location in the Old Port of Montreal.

“It's human nature , I walk in Montreal and I can imagine myself in this city, said Wright. I would like to be there in the future to play hockey. It's a beautiful city. I look out the window, I see the water, the bridge and the Old Port. »

Wright will still have time to identify the water as the St. Lawrence River and the bridge as being Jacques-Cartier.

Apart from the geographic aspect, there is also the hockey aspect that made widen the eyes of the Kingston Frontenacs center.

“I want to be the first choice, I want to come out on top, repeated the Ontarian. It's my aim. I also want to win. I will bring that attitude, that mentality. I want to win the Stanley Cup. The Canadian has good pieces in his puzzle and incredible coaches. I also had the chance to skate at the training center and I could easily imagine myself there in the future.

The winger for Suzuki and Caufield

A few months ago, Wright held the top-of-the-class tag for the 2022 draft. But since January, Juraj Slafkovsky and Logan Cooley have been considered two more contenders for the throne.

Like Kent Hughes who said he was still juggling between the three attackers, Slafkovsky could no longer predict his next destination between Montreal, Newark and Glendale.

“I have no idea,” said the Slovak. The Canadian did not reveal his game. But when I look at this city, I find it beautiful. I would love to meet there.

Slafkovsky, a big 6'4″ winger with natural scoring instincts, would fit well on the left flank with Nick Suzuki and Cole Caufield.

“Yes, I said it before, I would be a good complement for them,” he replied with a big smile on his face. I can play with them. We would form a very good trio and we could achieve good results together. »

Cooley, a center in the U.S. Under-18 program, doesn't have a different philosophy to Wright and Slafkovsky.

“Like I said before, nobody likes being second , so it would definitely be a special moment for me,” said the Pittsburgh native. I had the chance to walk the streets. I saw the arena, the ice rink. I know the rich history of this team. There have been so many special players. »

On Monday, Hughes had mentioned that the CH would seek to draft the best player at 23 or 24, not at 18.

This quote from the rookie general manager has caused a lot of ink to flow. Cooley is often described by NHL scouts as the forward with the most offensive potential this draft.

The principal thought that statement fit well with him.

“I keep getting stronger and adding weight,” the 5-foot-10, 180-pound center said. I consider myself to have very high potential. I also like my progress over the past two years. ”

Of the three, Wright is the only one who spoke on the phone with Vincent Lecavalier, a former first overall pick in the 1998 draft.

“We must not not read between the branches about that, Hughes said after leaving an NHL GM meeting on Wednesday. Vincent could put himself in his shoes and we wanted Shane to be able to share his experience to learn more about him. »