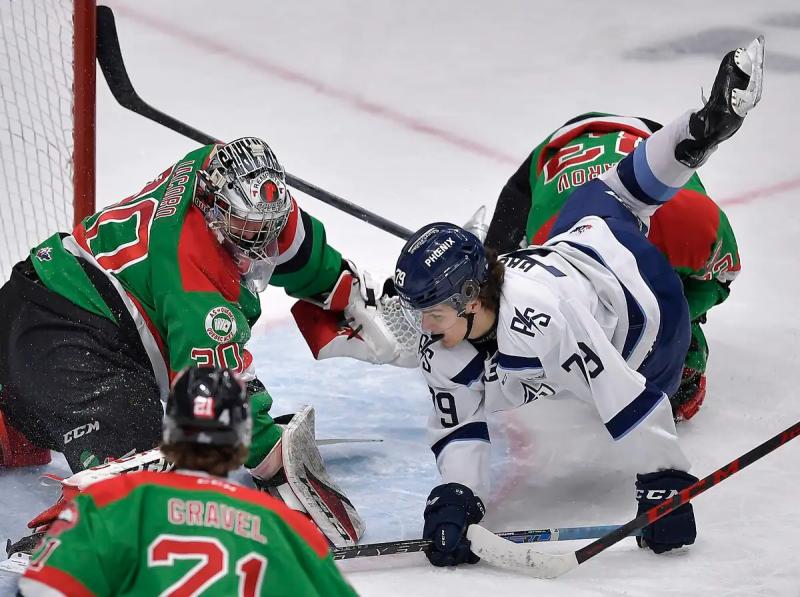 Hockey Canada announced on Monday the identities of the 23 players who will represent the maple leaf at the 2022 Hlinka-Gretzky Cup – an international tournament featuring players under the age of 18 –, and three Quebecers will be the game.

The Canadiens will be led by Sherbrooke Phoenix pilot Stéphane Julien in this competition presented in Red Deer, Alberta from July 31 to August 6.

The first overall pick in the 2021 Quebec Major Junior Hockey League (QMJHL) draft, Ethan Gauthier, is one of the lucky ones. He will thus find Julien, his head coach with the Phoenix.

The native of Saint-Constant Mathieu Cataford also received the call of the “Maple Leaf”. The 17-year-old center player has just played his first season with the Halifax Mooseheads.

Jordan Tourigny, President's Cup champion with the Shawinigan Cataractes, is the other representative of the fleur de lys.

The Courteau circuit has only one other player on the Canadian team: New Brunswick defenseman Dylan MacKinnon, of the Moosheads.

-Also, the prospect most coveted for the next National Hockey League draft, forward Connor Bedard, will not participate in this tournament. He should, however, be in the game for the World Junior Hockey Championship, which begins on August 9.