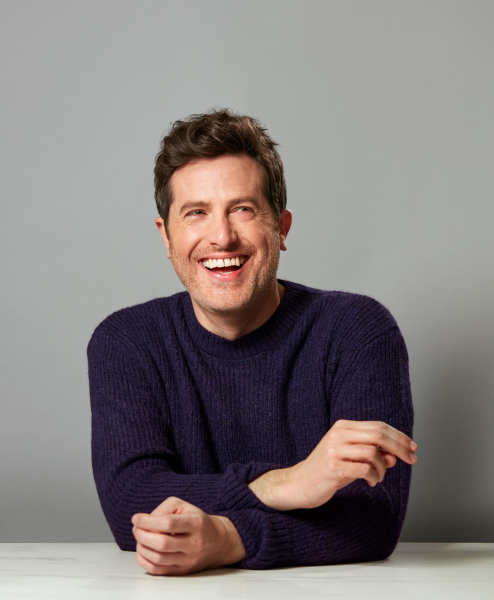 In television, Sunday evening time slots are as coveted as they are synonymous with quality and prestige. And this winter, Jean-Philippe Dion will see his name appear in the credits of not one nor two, but three Sunday appointments on the TVA channel with La Voix, True Natureand Get Me Out Of Here! A “great privilege”, certainly. “But it should not be taken lightly,” pleads the host and producer.

At the other end of the line, Jean-Philippe Dion exudes good humour.

“We are all smiling at the office these days”, he drops, candidly.

And with good reason.

Because this office is that of Productions déferlantes, the company behind La Voix, True nature > and Get me out of here!, the three big guns that TVA is about to drop for its winter season. The first two will return tomorrow with brand new seasons, while the last will complement Sunday evenings from next month.

This TV hat trick that will mark the winter of Jean-Philippe Dion is therefore, of course, an enticing professional challenge. But this mandate is still daunting, and comes with a lot of pressure, he concedes.

“Sunday evening, on television, it is symbolic. And it's big: the programs have to work, we have to go and join people in their living rooms. That's good because I need to have challenges, to challenge myself professionally. So yes, for sure it's a great privilege to be behind three shows. But it shouldn't be taken lightly,” he says.

That's why he's pulling out the heavy guns, first with the long-awaited return of La Voixafter two years of absence. For this ninth season – of which Jean-Philippe Dion is acting as executive producer – the singing competition is also getting a makeover: in addition to new sets and slight changes in its mechanics, the show will welcome in its red armchairs a revamped team of coaches, made up of Marjo, Corneille, Mario Pelchat and Marc Dupré. Only constant? Charles Lafortune,— who resumes his role as host.

In short, it is with a safe bet that Sunday evenings will now open. Because after all, The Voicehas a long track record of establishing itself as an important talent pool that has launched careers that are as viable as they are lasting. The Ludovick Bourgeois, Charlotte Cardin, Renee Wilkin, Jérôme Couture and other Matt Lang bear witness to this with their sustained presence on our stages and on the radio since their appearance on the show.

And if Star Académie had to be removed from the schedule to allow La Voixto resume service, Jean-Philippe Dion is categorical: the doors of the Waterloo manor are not closed for good. The producer would like to see the two shows alternate on the air in the future.

“Singing is in our DNA in Quebec. I don't think we'll ever run out of talent to make these kinds of shows. And while drawing from the same talent pool, the two shows need different candidates; a good candidate for Star Académie is not necessarily a good candidate for La Voix, and vice versa,” he advises. Michel Courtemanche, Valérie Plante and Anne-Élisabeth Bossé will put their bags down at the chalet. As for Sortez-moi d'ici!, its airing has been postponed to February 19, just to extend TVA's winter season in the absence of the Artis gala, canceled after the 2021 edition.

At this time, it is therefore twice in the same evening that we will be able to see the face of Jean-Philippe Dion on our screens, he who pilots The true nature in solo and will take the controls by Get me out of here!, in duet with comedian Alexandre Barrette.

This is particularly rare, at least in Quebec. Will the public be ready to open their arms – and their TV – to him twice in the space of just a few hours? Jean-Philippe Dion admits to having wondered about this.

“I definitely asked myself the question before accepting. I quickly understood that, in the end, it does not belong to me. And I also have the humility to recognize that people won't watch Get Me Out Of Here! or True Natureonly to see me there; I'm not the center of these shows. Ultimately, if TVA decides to program these shows on the same evening, it is because they believe that it is possible, that they can cohabit in the Sunday schedule. So I trust them,” he explains.

♦ The Voice and < strong>The True Nature resume service tomorrow evening at 7 p.m. on TVA. The Get Me Out Of Here! adventure will start on February 19 at 6:30 p.m.

Get Me Out Of Here!: True Nature… “on steroids”

Insects, oppressive heat, reptiles, camping under the stars, grueling physical challenges… Jean-Philippe Dion admits it without embarrassment: he is infinitely more comfortable in his role as host of Get Me Out of Here! than he would have been as a candidate. “I probably wouldn’t have been able to do half of the tests! he laughs.

Catapulted into a camp in the heart of the Costa Rican jungle, the 10 candidates – called “campers” – are deprived of their bearings and their comfort throughout the adventure Get me out of here!, first Quebec adaptation of the British concept I'm a Celebrity… Get Me Out of Here! Their goal? Going through a series of staggering ordeals reminiscent of sometimes Survivor, sometimes Fear Factor, all in the hope of pocketing the grand prize of $100,000 intended for a work of charity of their choice.

But the road to victory will be punctuated by challenges that are extreme to say the least, and not just physical ones. Campers – including Nathalie Simard, Colette Provencher, Jean-François Mercier and Livia Martin – will also see their psyches put to the test throughout the 13 episodes, relayed weekly from February 19.

“We talk a lot about bugs and extreme physical challenges, but there is a very human dimension to all of this. Our candidates engage, they confide and help each other. They forge very strong bonds. In fact, Get Me Out of Here! is a bit like True Nature…on steroids,” says Jean-Philippe Dion with humor.

But campers are not the only ones to reveal their “true nature”, unveiling unsuspected facets of their personality once dropped into the jungle. The public will discover a Jean-Philippe Dion less serious than what he was used to. Why did you hide this frosty side for so long? Because he simply hadn't had the opportunity to show it.

“We rarely give people the chance to try new things because we tend to put our all into it. world in boxes. Mine is that of the host who does emotional interviews, posed and seated. But in life, I am a festive person, someone who likes to laugh and make people laugh, let go of my madness. I'm glad that Get Me Out Of Here! lets me show it,” he says.