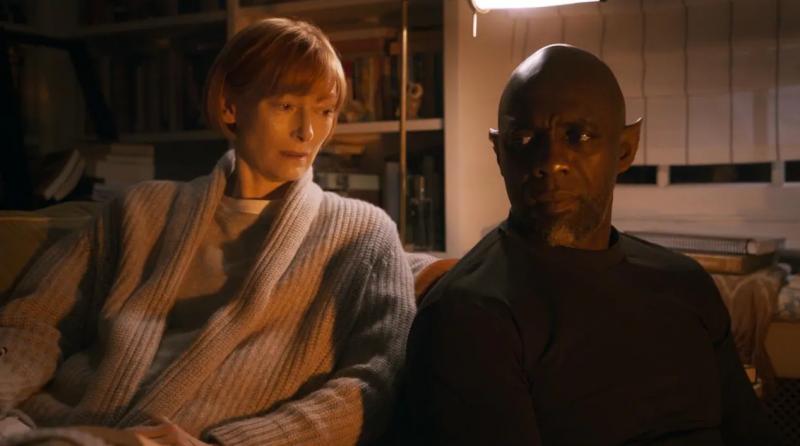 George Miller is the man of “Mad Max”, but also animated films “The little feet of happiness” and no, “Three thousand years waiting for you” does not fall into either of these two categories.

Because the feature film is the story of Doctor Alithea Binnie (Tilda Swinton), narratologist, that is to say, she specializes in the science of narration. An expert in narrative structures, Alithea arrives in Turkey to take part in a colloquium. In the souk of Istanbul, she buys a small bottle…from which soon emerges a Djinn (Idris Elba), in other words a genie. So she has three wishes and that's where it all gets tough.

Insensibly reminiscent of “Arabian Nights” (the tales) as well as “The Thief of Baghdad” (the 1940 feature), and even at times of Terry Gilliam – in the absurd humor of the power struggle in the palace of Topkapi in particular –, the genius tells him his – very long story –, going back 3000 years back when he lived with the Queen of Sheba (yes, that of the Bible). But now, Alithea was not born yesterday and she knows only too well that stories of geniuses and wishes always end badly. What will his wishes be? The solution is in the title and at the end of the story of the Djinn which introduces the third part of this 108-minute feature film.

Visually, “Three thousand years waiting for you” is breathtaking with its d sumptuous wealth, its shimmering costumes (those of Tilda Swinton look a bit like Wes Anderson) and its impressive special effects (the almost faunistic appearance of Idris Elba with his pointy ears and hairy legs or the musical instrument of King Solomon who turns into a real orchestra in particular). From a scriptwriting point of view, the feature film is a bit weak, the viewer never managing to fully invest himself emotionally in this story which has everything of a masterful epic. Too bad.