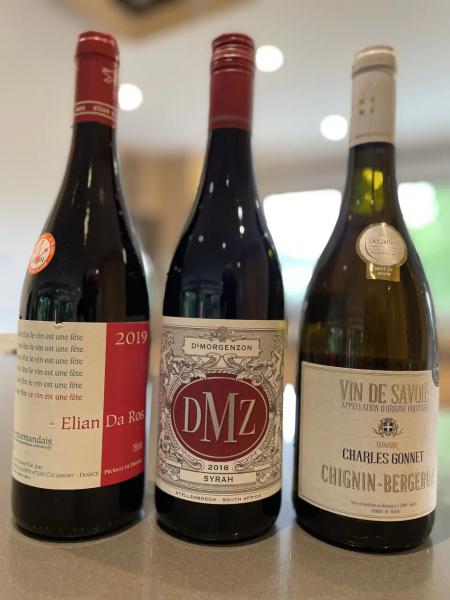 What better way to mark the anniversary of the creation of the Dominion of Canada in 1867 and its monarchical regime – remember that it was the joyful Queen Victoria who granted royal assent to the very Francophile British North America Act in March of the same year – than sipping three wines with very different characters. A bit like Quebec (already annexed by Upper Canada during the infamous Act of Union of 1840), the colony of New Brunswick and that of Nova Scotia: an authentic, a festive and a curiosity.< /strong>

A juicy and delicious Syrah. The bottle being sealed with a screw cap and Syrah being a grape variety that easily develops reduction notes, these are present at the opening, but quickly fade after a few minutes of aeration. We guess pretty notes of pepper, cherry, blackcurrant and a touch of eucalyptus. Good amplitude in the mouth with supple tannins. It is flowing, a bit modern while being of great digestibility. All of this being offered at a friendly price. A fine example of the quality and personality of South African wines.

Strong comeback of the festive wine produced by the talented Elian Da Ros in the South West. In recent years, the wine has gained enormously in precision and fruitiness. The blend itself has also changed with the merlot which has been erased (barely 20% compared to 60% in the past) in favor of the cabernet-franc (40%) and the abouriou (40% ), a local grape variety. Very expressive with notes of plum, fig, strawberry and a touch of smoke. On the palate, the wine shows a light, fresh and fruity body with finely grainy tannins. In short, it's a party in the glass!

We end with a very nice discovery. And above all, don't be fooled by the sugar level displayed: the wine is perfectly dry in the mouth. Savoyard Roussanne which surprises with its freshness and delicacy. A superbly perfumed nose of violet, lily, white peach and anise. It is ample and generous while showing a fine and vibrant acidity. Long finish punctuated by a heady touch, quality bitterness and a fruitiness that coats everything brilliantly. A gastronomic wine that we will take care to open 30-45 minutes in advance while avoiding serving it too cold.