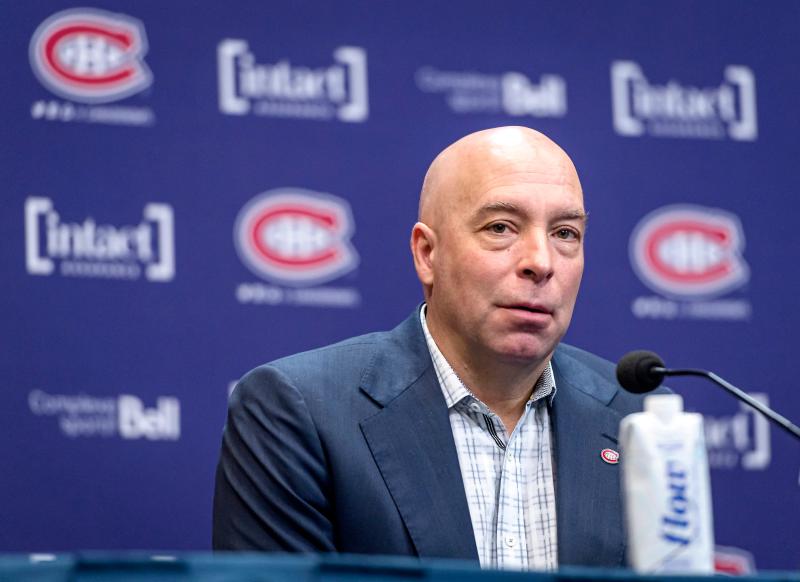 Kent Hughes did not have it easy in his early days as general manager of the Canadiens. The heaviness of his payroll prevents him from moving. He's tied up like a sausage.

His desire for meaningful compensation in return from Jeff Petry is understandable. He is not in the position of his Vegas Golden Knights counterpart, Kelly McCrimmon, who literally gave Max Pacioretty to the Carolina Hurricanes.

His coach Martin St-Louis badly needs reinforcement in defense and, to be honest, in all positions. Any help Hughes can give will be appreciated.

We can also understand that Hughes wants to get rid of Petry's contract in its entirety. This would give him flexibility of $6.25 million on payroll. But he may have to resign himself to paying part of the veteran defender's salary.

Petry is not the only player in the equation. As Hughes said, he could part ways with other big earners if the offers suit him.

Besides Petry, there's Brendan Gallagher, whose average annual salary of $6.5 million account for the next five seasons.

The salaries of these four players total 22, $2M, which represents a percentage of 27% of payroll.

Adding Carey Price , the proportion reached 32%. But the way Hughes talked about him yesterday, he's still a long way from a return to action.

His knee swelled every time he put on the pads when he returned to action late in the season and he's had an injection since.

If Price doesn't play, it's 10.5  M$ which will be subtracted from the payroll, but the shelves of the market will be less stocked.

Would it be possible, for elsewhere, that Pierre-Luc Dubois ends up with the Canadian?

No doubt that it would be a great coup!

Dubois was also the alternate captain of Team Canada at the World Championship, which was held in Finland last May.

But the Jets must ask, no doubt, a high price.

If we put ourselves in the shoes of Kevin Cheveldayoff, the player we are looking at is Nick Suzuki. He is two years younger than Dubois and is under contract for eight years. It's the rule of supply and demand.

We can be certain, however, that Hughes will jealously guard his first-round pick in next year's draft.

There's no guarantee he'll be able to get a hold of Connor Bedard, but he has to take chances.