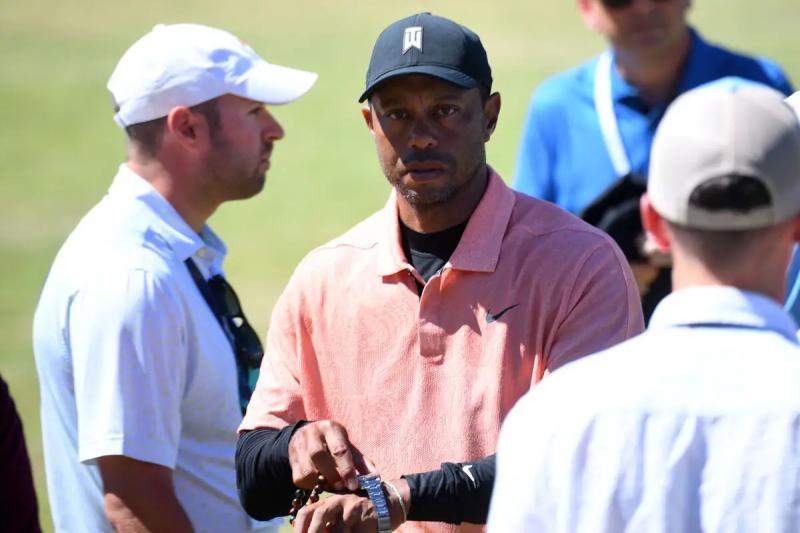 Will we see the beautiful days of Tiger Woods again at the 150th running of the British Open, which takes place July 14-17 at St. Andrews' legendary 'Old Course'? One thing is certain, the American looked good during his practice round on Sunday.

For the first time this year, the 46-year-old completed a full 18-hole practice round, having only played nine holes before the Masters Tournament in April and before the PGA Championship in May.

He had also given up on the United States Open, in order to concentrate his efforts on this major tournament, and above all, on a field where he lifted the winner's trophy twice in his career, in 2000 and 2005.

The winner of 15 grand slam titles has also stalled three birdies during the practice round, during which he was accompanied by Justin Thomas.

“He struggled at first, but he got better as the day progressed,” Woods' caddy Joe LaCava told ESPN. It's encouraging.”

The day before, Woods and Thomas had also walked the course, taking the opportunity to make approach shots and putts on the greens.

Woods will therefore try to achieve a better result than he did in the two previous major tournaments he participated in in 2022.

He had concluded the Masters Tournament at the 47th echelon and withdrew due to pain in his right leg after the third round of the PGA Championship, he who claims that he is in constant pain and will never be 100% since his accident of the road – and the operation that followed – where he had suffered multiple fractures.

According to Thomas' words, Woods could surprise many in St. Andrews, and even that a victory is not impossible.

“I learned never to underestimate anything with him,” he said.