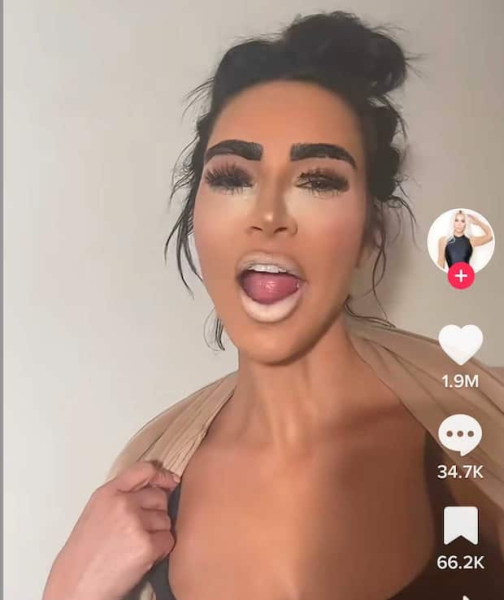 Always ready to grab attention and be the talk of the town, Kim Kardashian does what she does best in a viral new video from TikTok in which she is seen spreading a generous layer of concealer and chew gum like a baseball player.

According to 'The Sun', the 42-year-old has caused mass hysteria among followers of the platform by England, where she has been compared to a “British chav”, that is, a person characterized by rude and impetuous behavior, not to say someone of low social status.

She's done huge eyebrows and lots and lots of makeup. The SKIMS founder's foundation and concealer don't go together, and what about her lip concealer, but maybe we don't know anything about California fashion…or PR.

As of 1 p.m. Wednesday, the video punctuated by the song “M to the B” by Briton Millie B had accumulated 18.9 million views.