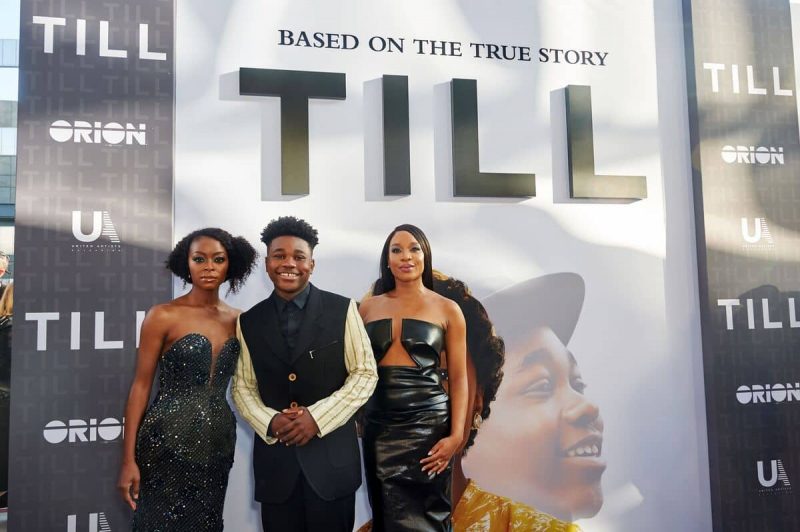 In 1955, 14-year-old Emmett Till was lynched in Mississippi. It wasn't until last March that the Emmett Till Antilynching Act made lynching a federal hate crime in the United States.

Presented from the point of view of his mother, Grandma Till (excellent Danielle Deadwyler), the feature film by Chinonye Chukwu chronicles the last days of young Emmett (the beaming Jalyn Hall), and how his mother decided not to hide the violence he suffered, leaving his coffin open during his funeral.

Without ever showing the atrocities suffered by Emmett for having addressed and whistled a white woman in a small village in Mississippi, Chinonye Chukwu insists on the courage of his mother, on her dignity and on her will to obtain justice. And as in “A Slave for 12 Years” or “The Mississippi Burns”, it is enough to stick to the facts to provoke disgust and horror at so much hatred and cruelty towards black people.

Using framing, lighting and colors of her sets, the director known for “Clemency” with Alfre Woodard used the script co-written by Keith Beauchamp, author and director of the documentary “The Untold Story of Emmett Louis Till”, friend by Grandma Till and who obtained the reopening of the investigation into the lynching of the teenager.

Historically correct, “Till” however never has the school aspect of the film “The Butler” or of “Selma”. Thanks to the performance of Danielle Deadwyler and the impeccable choice of the young Jalyn Hall, the feature film is an affirmation of the history of black Americans, a reminder of abominable facts, and a warning that if we forget the horrors of the past , they are likely to reproduce.