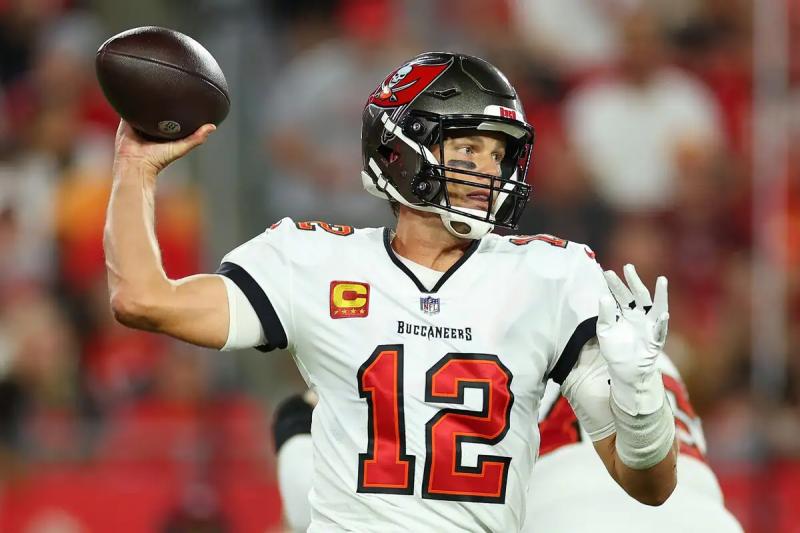 The Tampa Bay Buccaneers snapped a two-game losing streak with a 21-15 win over the Atlanta Falcons on Sunday afternoon at Raymond James Stadium.&nbsp ;

Quarterback Tom Brady took the opportunity to maintain his immaculate record against the Georgia club, he who won 11 times in as many occasions since the start of his career in the NFL.

In today's duel, the 45-year-old completed 35 of 52 passes he attempted for 351 yards and a touchdown. His target for a major was Leonard Fournette. The Buccaneers running back (3-2) also crossed the goal line with a ground game, while kicker Ryan Succop had both field goal attempts.

For their part, the Falcons (2-3) had two touchdowns in the fourth quarter. Brady won the ball back with over four minutes left in the game, however, and never gave it back to his rivals.

At MetLife Stadium, the Miami Dolphins lost quarterback Teddy Bridgewater and lost 40-17 to the Jets from New York.

The pivot suffered a head injury early in the game. Last week, it was starter Tua Tagovailoa who fell in action due to a concussion.

In relief against the Jets (3-2), Skylar Thompson completed 57.6% of his passes for 166 yards. He was unable to find the pay zone, in addition to being the victim of larceny. It was the NFL's first moments as a seventh-round pick of the Dolphins (3-2) in the last draft.

The winners came out on top with their running game, so that Zack Wilson, Breece Hall, Michael Carter (twice) and Braxton Berrios have all scored majors with their legs.

This is a rare moment when the “Pats” have had such a performance since Brady's departure after the 2019 season.

The game-winning defense has made life difficult for quarterback Jared Goff. The Lions pivot (1-4) fumbled the ball once and had one of his passes intercepted.

On offense, the Patriots (2-3) had to trust quarterback Bailey Zappe, in the absence of Mac Jones and Brian Hoyer. The first-year player threw a touchdown pass, in addition to completing 17 of 21 throws for 188 yards.

It was kicker Nick Folk who was the offensive star of the winners, him who has achieved five placements.

Josh Allen threw four touchdown passes and the Buffalo Bills (4-1) made short work of the Pittsburgh Steelers (1-4) in a 38-3 win at Highmark Stadium . Wide receiver Gabriel Davis stood out with three catches for 171 yards and two majors.

The Los Angeles Chargers (3-2) defense prevented the Cleveland Browns (2-3) from to find the pay zone in the fourth quarter and the visitors won 30-28 at FirstEnergy Stadium.

At FedEx Field, Tennessee Titans running back (3-2) Derick Henry scored two touchdowns in a 21-17 win over the Washington Commanders (1-4).

The New Orleans Saints (2-3) snapped a three-game losing streak in having the best on the Seattle Seahawks (2-3) on account of 39 to 32.

At EverBank Field, Dameon Pierce scored the only touchdown of the game late in the fourth quarter and the Texans (1-3-1) Houston defeated the Jaguars (2-3) Jack sonville 13 to 6.