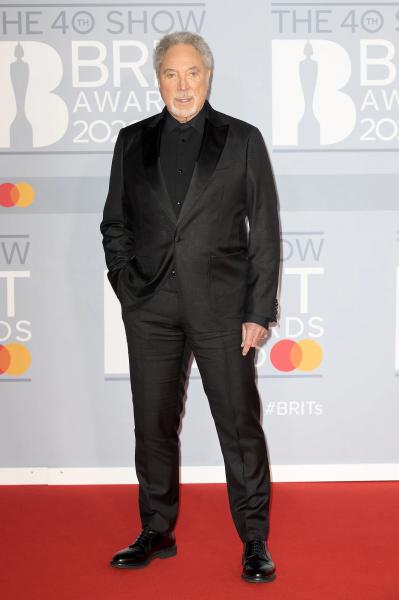 Wednesday night, allDelilah, the Pussycats (and maybe even some Sex Bombs) from Quebec will meet at Espace St-Denis to welcome their idol: Tom Jones. While waiting for his arrival, here are seven figures to revisit the career of the most famous British crooner.

Tom Jones has also been a coach on The Voice for 10 seasons.

10- Coach for the English edition of The Voice, Tom Jones has occupied his red chair for 10 seasons. He returned to service in this role earlier this month, alongside his colleagues will.i.am, Anne-Marie and Olly Murs.

12- He was 12 years old when tuberculosis confined him to his bed in the family home of his native Wales. Tom Jones has since claimed that it was this disease that pushed him towards song, he who was introduced to music during his isolation. The young man was destined until then for a career in the local coal mines. A bit “unusual” as a choice of profession, let's face it.

19- As part of his current tour, the singer revisits 19 titles that marked his repertoire. So get ready to wiggle to the tunes of It's Not Unusual, Kiss, Johnny B. Goode, What's New Pussycat and other Sex Bomb throughout the evening. But please, ladies, keep your underwear to yourself, okay?

59- Who says sex wears off with age? Certainly not Tom Jones, who was 59 when he launched Sex Bomb, sulphurous title and planetary hit that would allow an entire generation to learn about the voice of the crooner. It is also this title that would allow him to breathe new life into his career. He also launched his album Reload, where he revisited some of his greatest hits with artists such as Robbie Williams, Natalie Imbruglia, The Cardigans and other Portisheads.

89- That's how many candles Tom Jones blew out on his most recent birthday, last June. His fans can however be reassured: the singer has repeatedly reiterated that he would never think of retirement as long as his voice allows him to continue to sing. And it's not health that will prevent him from going to meet his fans either; awaiting a second hip surgery, the Briton regularly falls back on the use of a cane, or even a chair, to be able to carry out his concerts.

< strong>25- According to his own words, Tom Jones welcomed up to 250 women in his bed each year during his glory days, much to the chagrin of his wife. His legendary sex appeal at the time drove his hysterical female fans to throw their underwear on stage during his concerts. A habit that annoyed the singer to the highest degree. He has indeed complained on several occasions that this behavior diverted attention from his true talent, with some media being more interested in counting the number of women's underwear projected on the boards than in praising his talents as an artist.

100 million- During his career, Tom Jones has sold more than 100 million records worldwide. A subscriber to success since his very beginnings, the singer has seen his titles climb into the top 40 of the British charts 36 times, against 19 times among the Americans.