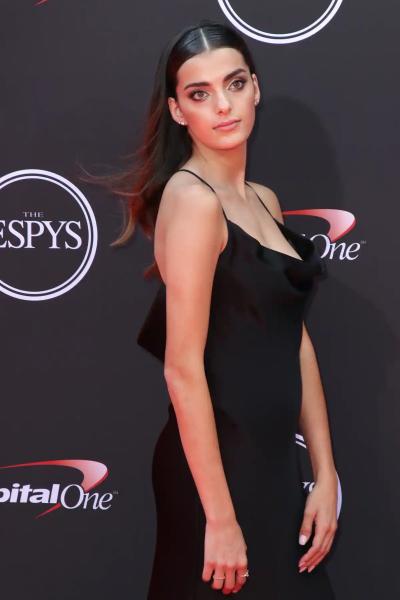 Toni Breidinger, the first woman of Arab descent to drive in NASCAR, made a dramatic career shift by appearing in a recent Victoria's Secret campaign.

It was a childhood dream for the racing driver to turn to modeling, she who is followed on social networks by several hundred thousand people. The 23-year-old sees it as a great accomplishment, saying she had self-confidence issues.

“The young girl that I was crying, she wrote on her Instagram account. Growing up, I had a hard time loving my body. In the past year, I have focused on my mental and physical health rather than appearance. I am honored to be part of the Victoria's Secret family.”

“Thank you for allowing me to feel confident in my own skin!” she concluded.

Breidinger appeared in a video for the women's lingerie giant on Wednesday. She is one of the women to wear the new pieces from the “Body by Victoria” collection.

The American, who has her family roots in Lebanon and Germany, has been playing since 2018 for the ARCA Menards series. At the wheel of the Toyota car of the Venturini Motorsports team, Breidinger has reached the top 10 six times. This season she occupies fifth place in the general classification.

She is still looking for her first victory in career; her best result in the race is ninth place.

During her career, the one who started karting at the age of 9 with her twin sister also drove in the Late Models category, which is very popular locally. In 2019, she also tried her luck to enter the W Series, the women's single-seater championship, but was not selected.