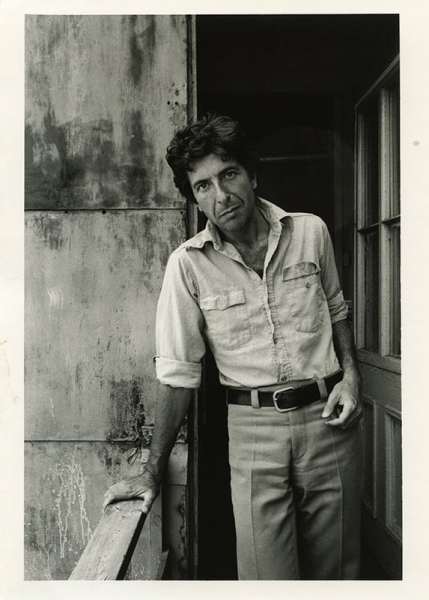 Do you remember, in 2017, when the Musée d'art contemporain de Montréal presented the superb exhibition Leonard Cohen: A Crack in Everything ?

From Wednesday until April 2023, it is in Toronto, at the Art Gallery of Ontario, that you have to go to see a exhibition on the most famous of Montrealers.

I had access to the exhibition on Tuesday during a press session and I came out moved to tears. Because I saw “my” Leonard Cohen as I had never seen him.

The exhibition is called Everybody Knows(“Everyone knows”), named after one of his most famous songs, but we discover a lot of things that “everyone didn't know”.

This is the first time a museum has exhibited the Leonard Cohen Family Trust artifacts. We therefore have privileged access to 200 drawings and objects, letters, photos, manuscripts of his song lyrics, of which only a tiny portion had been seen so far.

Hallelujahis surely the best-known (and most covered) song in Cohen's repertoire. Imagine how moving it is to see, under glass, the manuscript of the text, with the modifications made by Cohen, and an unpublished paragraph which was not preserved in the final version. It feels like Leonard Cohen just finished the song in front of us.

We have privileged access to Cohen's Montreal childhood, thanks to home movies shot by the musician's father, Nathan. We see Cohen in shorts on a tricycle, walking his little black dog through the streets of Westmount, hurtling down the snowy slopes of Mount Royal or strolling in Lafontaine Park.

We discover, in this exhibition, that Cohen doodled all the time. He drew constantly, on everything that came to hand: a paper napkin, a New York restaurant menu where he dined with Lou Reed and Nico, a piece of cardboard, etc. During his lifetime, Cohen worried about his posterity, documented his life, worried about what would remain of him after his death. And since he was his best archivist, he kept everything! Leonard Cohen's best biographer is Cohen himself!

We can therefore see all these “pieces of paper” which reveal his talent as a designer. Even his Montreal house in Portugal Park is entitled to a drawing!

All the themes (or obsessions) at the heart of Cohen's work can be found in this immersive exhibition: religion, death , love, sex, depression and the beauty of women.

But we learn that he was fascinated by firearms and collected them!

A Crack in Everything

There first has the key to his famous home of Hydra in Greece, where he lived with the Marianne of the song So long, Marianne.

And this school assignment, when Cohen was in elementary school, in which he recounts the death of his father. He ends his essay by writing: “I looked in the dictionary for another definition of the word joyful.”

Already a child, he was an anguished poet. < /p>